In the middle of perhaps the most bizarre presidential campaign ever, the primary communications vehicle for the Republican Party, Fox News, suffered a massive blow to its propaganda infrastructure. Last week Fox’s chairman and CEO, Roger Ailes, was unceremoniously cast unto the garbage heap of perverted executives after numerous allegations of sexual harassment emerged. 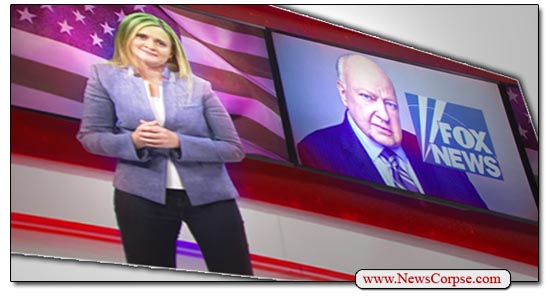 The hostile work environment for women at Fox is reflective of their editorial bias against women, socially and politically, and the issues that impact them most. Reproductive rights, family leave, and gender discrimination, are all areas in which Fox has taken stances in opposition to the best interests of women. So while Ailes (and certainly others at Fox) is an abusive slimeball, we must not forget that Fox is still a thoroughly dishonest purveyor of right-wing disinformation.

Samantha Bee hit on both of those themes in last night’s “Full Frontal” in a segment that took apart the network and its commitment to unabashed misogyny and conservative mythologizing. Her monologue was a tightly knit excoriation of the network’s mission to objectify women while spreading lies and exalting Republican politicians and pundits. For instance:

“Fox News is the only 24 hour news network to feature a strategically placed leg cam to showcase the most qualified body parts of its female contributors. Plus the daily women’s show trading on the titillating tension between owning a harem and fear of emasculation. So yeah, turns out the guy who runs that network is kind of a creep. Who would have guessed?”

“Roger Ailes made Fox News an unstoppable powerhouse by discovering the secret to big ratings. What viewers really want is to be furiously angry while also having a boner. The anger part of the arousal was achieved through Roger’s uncanny ability to take a thing that may or may not exist, put an ominous spin on it, and then force feed it to us all day like a foie gras goose until we were terrified. Fox News was his masterpiece. A right-wing nightmare factory powered by white resentment and relentless misinformation, churning out propaganda 24/7 and making family Thanksgivings unbearable for 20 years.”

That’s as accurate an appraisal of Fox News as any ever published by an academic journal or media analyst. It captures Fox’s reliance on titillating the passions of their wingnut viewers, and lord knows their viewers want their wingnuts titillated. As an extra added benefit, she’s funny as hell.