Well, this didn’t take long. Less than a month ago, Fox News forced its founder, chairman and CEO, Roger Ailes, into an early (and profitable) retirement. Ailes was escorted from the building following mounting accusations of sexual harassment by a couple of dozen women. Now, with legal proceedings still pending, Ailes is reportedly joining Donald Trump’s campaign as an adviser. Apparently Trump is looking to shore up his base of misogynist old white men. 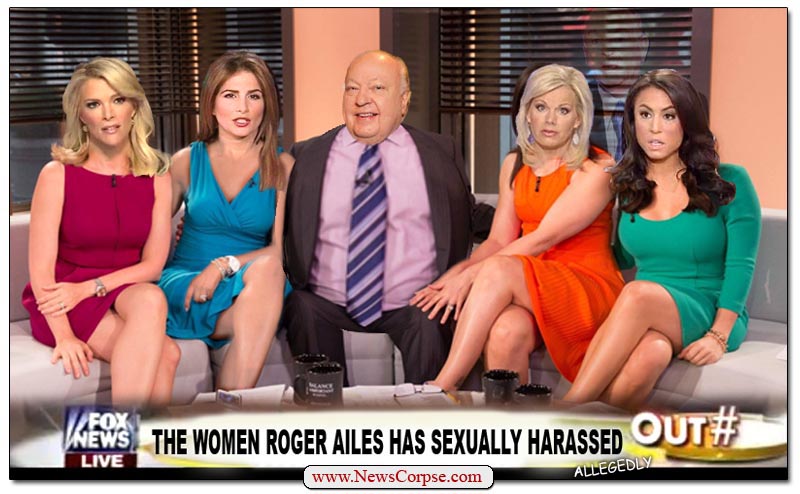 The New York Times is reporting that four campaign insiders have affirmed that Ailes has been tapped to help prepare Trump for the presidential debates against Hillary Clinton. Because who better to coach Trump into becoming a fierce, woman-beating debater than the man who has already humiliated strong women like Megyn Kelly and Gretchen Carlson. The Times had a peculiar angle that saw the bright side of the alliance:

“For Mr. Ailes, being connected with Mr. Trump’s campaign could be a form of redemption after he was pushed out of the powerful network that he helped build. And for Mr. Trump, having Mr. Ailes taking a hand in his preparations for the debates adds immeasurably to the messaging and media expertise in his corner”

For Ailes, being connected to Trump’s floundering campaign hardly seems like redemption. However, Trump may indeed benefit from the advice of the architect of Fox’s propaganda machine. That’s if Trump would uncharacteristically take the advice. To date Trump has been lectured by everyone from the Wall Street Journal to his own daughter, but after promising to change he stubbornly returns to his profligate ways.

Trump’s camp is denying that Ailes will be providing any advice either formally or informally. His spokeswoman, Hope Hicks, dismissed the story in an email saying only that “Mr. Ailes and Mr. Trump have been friends for many years.” That’s the sort of denial that allows for significant wiggle room as the two “friends” may talk frequently about the campaign and how it should proceed.

What makes this relationship most disturbing is that Trump already has historically poor favorables with women. A Gallup poll earlier this year showed Trump with a 70 percent unfavorable image among women. That shouldn’t surprise anyone considering the open hostility he has expressed toward women like Fox’s Megyn Kelly, whom he accused of being belligerent due to “blood coming out of her – wherever.” Or Carly Fiorina, who he insulted for having a face no one would vote for. Or his abortion stance that called for punishing the woman. Or his promise to appoint judges who would overturn Roe v. Wade. Or his opposition to child care, family leave, and equal pay.

Now match Trump’s record with an association with a notorious misogynist who ran a “news” network where he required women to wear revealing skirts while a roving “leg cam” provided the audience with a voyeuristic angle. And forging this partnership while the allegations of workplace harassment are still fresh suggests a degree of tone-deafness that borders on the psychotic.

Whether or not Ailes is officially advising Trump, their friendship and shared malice toward women should be enough to scare away all conscientious voters. And the incestuous relationship between right-wing media and the political hacks they promote is evidence of their utter lack of ethics.