Donald Trump has been populating his cabinet with decidedly unsavory figures bent on destroying the agencies they will lead. And while appointing arsonists to run the Fire Departments, he has failed to properly vet his nominees. Case in point is Monica Crowley, tapped as strategic communications director of the National Security Council. 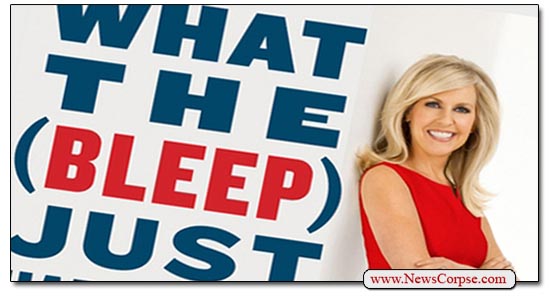 Crowley, formerly of Fox News, was discovered to have plagiarized portions of her 2012 book, “What The (Bleep) Just Happened.” CNN’s Andrew Kaczynski documented more than fifty instances of text that was taken from other sources without attribution. In addition, Politico reported that Crowley also allegedly plagiarized portions of her doctoral dissertation from Columbia University.

The Trump transition team initially dismissed these reports as politically motivated attacks. However, the budding scandal heated up when her publisher, HarperCollins, pulled the book off the market. It would be difficult for the Trump camp to accuse HarperCollins of partisanship given that it’s owned by the same corporate parent as Fox News.

Monday morning Crowley spoke with the Washington Times and revealed she would not be joining the Trump administration after all. As reported by TVNewser, she said that:

“After much reflection I have decided to remain in New York to pursue other opportunities and will not be taking a position in the incoming administration,” Crowley said in a statement, to the Washington Times. “I greatly appreciate being asked to be part of President-elect Trump’s team and I will continue to enthusiastically support him and his agenda for American renewal.”

Trump’s nominee for National Security Adviser, Lt. Gen. Michael Flynn, expressed regrets that Crowley had bowed out. He wished her well saying “The NSC will miss the opportunity to have Monica Crowley as part of our team.” No mention of the plagiarism charges was made by either Crowley or Trump’s people. However, this embarrassing episode could have been avoided with competent vetting. Crowley’s sticky fingers have been part of the public record since at least 1999. At that time the Wall Street Journal caught her plagiarizing an article from Commentary Magazine for a Journal feature.

Perhaps this is why Congress is so anxious to barrel through the confirmation hearings before the ethics reviews have been completed. Their unprecedented rush violates the standards that Senate Republican Majority Leader Mitch McConnell had demanded for President Obama’s nominees. Unfortunately, their haste and incompetence could have grave consequences for the country. The Crowley affair is just the tip of the iceberg. We can expect further scandals and untold harm as a result of staffing the government with crooks and amateurs.