[Thanks to AlterNet for reprinting this article] 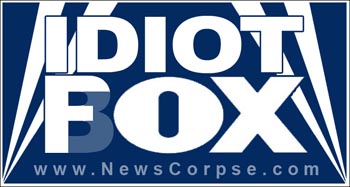 Yet another study has been released that proves that watching Fox News is detrimental to your intelligence. World Public Opinion, a project managed by the Program on International Policy Attitudes at the University of Maryland, conducted a survey of American voters that shows that Fox News viewers are significantly more misinformed than consumers of news from other sources. What’s more, the study shows that greater exposure to Fox News increases misinformation.

So the more you watch, the less you know. Or to be precise, the more you think you know that is actually false. This study corroborates a previous PIPA study that focused on the Iraq war with similar results. And there was an NBC/Wall Street Journal poll that demonstrated the break with reality on the part of Fox viewers with regard to health care. The body of evidence that Fox News is nothing but a propaganda machine dedicated to lies is growing by the day.

In eight of the nine questions below, Fox News placed first in the percentage of those who were misinformed (they placed second in the question on TARP). That’s a pretty high batting average for journalistic fraud. Here is a list of what Fox News viewers believe that just aint so:

The conclusion is inescapable. Fox News is deliberately misinforming their viewers and they are doing it for a reason. Every issue above is one in which the Republican Party had a vested interest. They benefited from the ignorance that Fox News helped to proliferate. The results were apparent in the election last month as voters based their decisions on demonstrably false information fed to them by Fox News.

By the way, the rest of the media was not blameless. CNN and the broadcast network news operations fared only slightly better in many cases. Even MSNBC, which had the best record of accurately informing viewers, has a ways to go before they can brag about it.

The conclusions in this study need to be disseminated as broadly as possible. Fox’s competitors need to report these results and produce ad campaigns featuring them. Newspapers and magazines need to publish the study across the country. This is big news and it is critical that the nation be advised that a major news enterprise is poisoning their minds.

This is not an isolated review of Fox’s performance. It has been corroborated time and time again. The fact that Fox News is so blatantly dishonest, and the effects of that dishonesty have become ingrained in an electorate that has been purposefully deceived, needs to be made known to every American. Our democracy cannot function if voters are making choices based on lies. We have the evidence that Fox is tilting the scales and we must now make certain that they do not get away with it.

[Addendum:] The folks at OurFuture had previously addressed some of the issues above and provided documentation that effectively debunks the myths.

“The latest Princeton Review ranked the University of Maryland among the top schools for having ‘Students Who Study The Least’ and being the ‘Best Party School’ – given these fine academic distinctions, we’ll regard the study with the same level of veracity it was ‘researched’ with.”

Clemente obviously prefers the snarky retort to the substantive rebuttal, and clearly has no affinity for the truth. Rather than addressing the data in the study’s results, Clemente chose to viciously smear the UM student body who had nothing to do with it. And when the Times fact-checked his response they discovered that the Princeton Review actually ranks the University of Maryland among the “Best Northeastern Colleges,” and it only made it to 19th on the list of “Best Party Schools.” So even in their response Fox affirmed the conclusions in the study by continuing to misinform. At least they’re consistent.

54 thoughts on “Study Confirms That Fox News Makes You Stupid”