A few weeks ago, Donald Trump tweeted that he had “Just found out that Obama had my “wires tapped” in Trump Tower.” But he never bothered to provide any evidence of the charge. To the contrary, he cited sources that were either lacking any credibility or didn’t back him up. Nevertheless, he has continued to push the phony story despite being repudiated by both Democrats and Republicans. 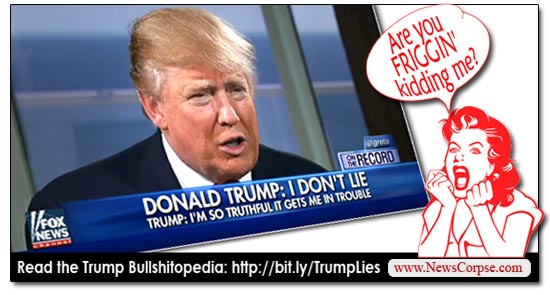 On Wednesday, Devin Nunes, the GOP chairman of the House Intelligence Committee, made a public statement asserting that he had received information about surveillance in Trump Tower. He didn’t identify the source of the information, nor who was being surveilled. But he did say that there may have been “incidental” data involving Trump or his team that was picked up. In a follow up on Thursday he was asked if the source of this information was the White house. Nunes gave a meandering response that notably did not include a denial.

Later, during Thursday’s White house press briefing, press secretary Sean Spicer was asked to comment on the same matter. That resulted in this peculiar exchange:

You’ll notice that Spicer danced around the response but never ruled out that the information came from Trump. He merely expressed confusion as to why that would have happened. Of course, the reason is obvious. Trump had a vested interest in Nunes making a public statement that could be twisted into a validation. To date, Trump has still not provided any support for his reckless accusation that Obama wiretapped his phones. Now it appears that two of Trump’s defenders have blatantly refused to deny that the White House concocted their own alibi.

Why would both Nunes and Spicer be so conspicuously reluctant to give a straight forward denial that Trump planted his own story? All they would have to say is “No, the President didn’t do that.” Instead they leave open the possibility that Trump is once again acting as his own PR rep. And that’s something that really doesn’t pass the smell test.

[Update: A new report alleges that Nunes met his “source” at the White House the day before his press conference. This advances the planted alibi theory.]