Donald Trump made a lot of boastful promises during his campaign. He assured his supporters that he was smartest, richest, bestest at whatever particular pursuit was the topic at the moment. He knew more about ISIS than the generals. His were the best words. And the person he consulted most on national security was himself. But the only thing he has actually excelled in is racking up records for lies and embarrassing misstatements. 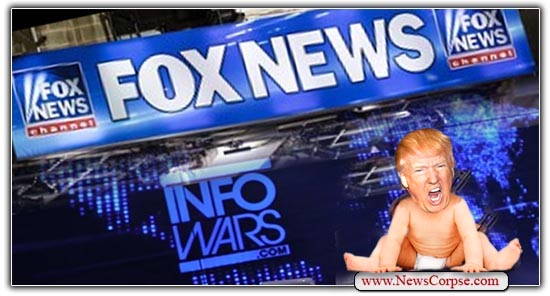 On Thursday a Time Magazine interview with Trump offered an explanation for his endless stream of gaffes. However, his attempt at clearing up his trail of lies was littered with even more lies. Most notably, his first stab at redemption was to deny that he lied at all. “Name what’s wrong! I mean, honestly,” he said. Then he launched into a litany of past pronouncements which he defended as evidence of his unquestionable veracity. They included having predicted Brexit (he didn’t), allegations of voter fraud (that never happened), criticisms of NATO (about which he was wrong), refugee violence in Sweden (that was made up), and assertions that thousands of Muslims in New Jersey celebrated 9/11 (which he must have hallucinated).

Topping the list was his most recent display of cow droppings – that President Obama wiretapped his phones in Trump Tower. After baselessly tweeting that his predecessor was guilty of a felony, Trump tried to pass it off as hearsay:

“I quoted Judge Napolitano, just like I quoted Bret Baier, I mean Bret Baier mentioned the word wiretap. Now he can now deny it, or whatever he is doing, you know. But I watched Bret Baier, and he used that term. I have a lot of respect for Judge Napolitano, and he said that three sources have told him things that would make me right. I don’t know where he has gone with it since then. But I’m quoting highly respected people from highly respected television networks.”

First of all, Bret Baier not only did not back up Trump’s reckless charges, he affirmatively denied them. “The Fox News division was never able to back up those claims,” said Baier. And Napolitano’s comments were so outrageously false that they earned him an indefinite suspension from Fox News. That’s why Trump doesn’t “know where he has gone with it since then.”

But the most troubling part of Trump’s execrable excuse was that he was just “quoting highly respected people from highly respected television networks.” This is the President of the United States admitting that his sources were TV pundits and commentators. Never mind that he has the world’s most extensive network of intelligence agencies at his disposal. He doesn’t rely on national security professionals or diplomats or academics or legal experts. No, not the bestest president ever. He relies on TV’s talking heads.

What’s more, it cannot be forgotten that Trump relentlessly bashes the media as “fake news.” They are, he said, the “enemy of the American people.” So it’s unlikely that the respected networks to which he’s referring include CNN or NBC. In fact, the only network that he has offered any praise is Fox News. And, as anyone in journalism will tell you, they are not especially well respected. So it doesn’t provide much comfort that our lying president gets his misinformation from lying networks who get their misinformation from their overactive, right-wing imaginations.