The New York Times just published an article online that is certain to rattle the executive suites at Fox News. It revealed new information about Bill O’Reilly’s long history of sexual harassment and abusive behavior. The hostile work environment at Fox has been the subject of recent news reports due primarily to the scandals surrounding its now ex-CEO, Roger Ailes. Following allegations from several female Fox employees Ailes was forced to resign. But Ailes was not alone. 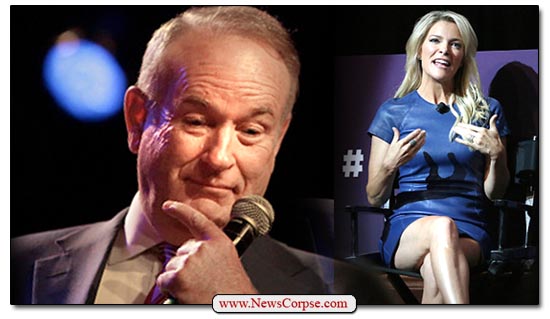 Bill O’Reilly has had his own problems with accusations of harassment. One of the more infamous involved a producer who accepted a multimillion dollar settlement to end her legal proceedings. But that didn’t end the boorish behavior by O’Reilly toward the women with whom he worked. While rumors of promises and threats were rampant, details were often hard to nail down. And that’s where the new investigation by the Times comes in. The article’s opening paragraphs set the scene for a salacious workplace drama:

Behind the scenes, the company has repeatedly stood by Mr. O’Reilly as he faced a series of allegations of sexual harassment or other inappropriate behavior.

An investigation by The New York Times has found a total of five women who have received payouts from either Mr. O’Reilly or the company in exchange for agreeing to not pursue litigation or speak about their accusations against him. The agreements totaled about $13 million.

The article continues with disturbing descriptions of O’Reilly’s perverse assaults. The victims candidly disclosed the transgressions they suffered on the job:

From the perspective of Fox News and its parent corporation, 21st Century Fox, these encounters were more than a PR nuisance. They were also a threat to the financial bonanza that O’Reilly represented. The Times noted that just in the past two years “the show generated more than $446 million in advertising revenues.” Consequently, the company stood behind their star. In a statement they defended O’Reilly saying that:

“We have looked into these matters over the last few months and discussed them with Mr. O’Reilly. While he denies the merits of these claims, Mr. O’Reilly has resolved those he regarded as his personal responsibility.”

That’s a deliberately confusing statement. If the claims have no merit, then what does “personal responsibility” mean? They appear to be trying to have it both ways. He didn’t do anything wrong, and he paid his debt for it. But what makes the Times story especially disconcerting is the discovery of victims not previously known. The list goes into some detail and includes the following:

The first five of these women have already accepted settlements from either O’Reilly or Fox. Those settlements are themselves the subject of another budding scandal. There is an investigation into whether Fox purposefully hid those payoffs from stockholders. That would be a violation of securities laws. U.S. Attorney Preet Bharara was in charge of this investigation until he was fired by Donald Trump.

For his part, O’Reilly continues to deny any wrongdoing, despite the growing evidence. He released his own statement declaring his innocence that said in part:

“Most importantly, I’m a father who cares deeply for my children and who would do anything to avoid hurting them in any way. And so I have put to rest any controversies to spare my children.”

That’s a peculiar line of defense considering that O’Reilly recently lost a custody battle for his children that included charges of battery against his ex-wife that was witnessed by his young daughter. The children both petitioned the court to live with their mother. And rather than demonstrating remorse, O’Reilly’s lawyer says he is “considering legal action to defend Mr. O’Reilly’s reputation.”

All of this suggests that Bill O’Reilly fits right in with the misogynistic environment at Fox News. What’s more, he seems to be aligned with the abusive attitudes toward women of his close friend Donald Trump. There will surely be more revelations to come regarding these sordid affairs. But for the time being, we have a pretty nauseating picture of what’s wrong with Fox News and the mindset that dominates the American right.