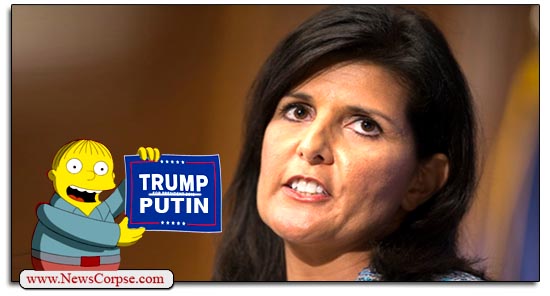 2 thoughts on “DUH! Trump’s U.N. Ambassador Says ‘No One’s Talking to Me’ About Russia’s Election Tampering”