Donald Trump is unarguably the most hostile president to the environment this country has ever seen. He is an unabashed science denier who believes that climate change is a hoax invented by China. He petulantly withdrew the United States from the Paris Accords that mobilized more than 170 countries to protect the planet. His director of the Environmental Protection Agency is an avowed critic of the institution and has lobbied to abolish it. Trump opposes development of eco-friendly, renewable energy and supports expanding use of coal and fossil fuels. 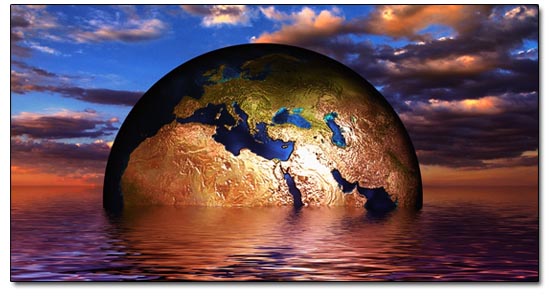 That reprehensible record of extremist anti-environmentalism notwithstanding, many of Trump’s fellow Republicans in Congress just told him to frack off. An amendment to the Pentagon’s budget sought to eliminate language that addressed the threat of climate change. But the amendment failed with the help of some Republicans and most Democrats. As reported by Axios:

“Forty-six House Republicans joined Democrats Thursday to protect language in defense policy legislation that calls climate change a ‘direct threat’ to national security and requires new Defense Department analysis of its effect on the military. The House voted 185-234 against GOP Rep. Scott Perry’s amendment to the National Defense Authorization Act that would have stripped the language.”

The bill’s author argued that the military has more important matters to deal with and should leave climate change to other agencies. But others pointed out that rising sea levels are already threatening existing military installations. Even more troubling is the fact that global weather patterns are creating disasters that exacerbate regional conflicts. And countries suffering from drought, floods, and resource depletion can become dangerously unstable and vulnerable to extremist insurrections and war.

Opposition to Trump’s climate blindness from within his own ranks is nothing new. Earlier this year his Defense Secretary, James Mattis, openly contradicted his boss. Mattis said that climate change is “a real-time issue, not some distant what-if.” And furthermore, “it is impacting stability in areas of the world where our troops are operating today.”

Mattis isn’t the first defense secretary to hold these views. In fact, six of the past Secretaries of Defense (Mattis, Ash Carter, Chuck Hagel, Leon Panetta, Robert Gates, and Donald Rumsfeld) all subscribed to the policy that climate change is one of America’s top strategic risks. And four of the six are Republicans. Especially notable is Rumsfeld, under whose leadership the Pentagon published a report on the subject. It’s title was “An Abrupt Climate Change Scenario and Its Implications for United States National Security.” The report warned that threats posed by climate change were even more perilous than terrorism.

It’s encouraging that a few dozen Republicans joined with Democrats to kill this amendment. But it’s troubling that the majority of the GOP still voted in favor of it. Trump and the Republican Party continue to deny the accumulated wisdom of both scientific and military experts. They support an agenda that advances the interests of oil barons and apocalyptic Christianists. So this victory must be celebrated with a measure of uncertainty and a resolve to keep fighting for positive goals.

3 thoughts on “Sorry Trump: House Votes to Affirm that Climate Change is a ‘Direct Threat’ to National Security”