In the world of conservative politics and punditry, the right time to talk about common sense gun safety is never. And they are especially adamant that such discussions be avoided following any gun-related tragedies. Which effectively nixes any dialog ever since these tragic events occur almost every day. 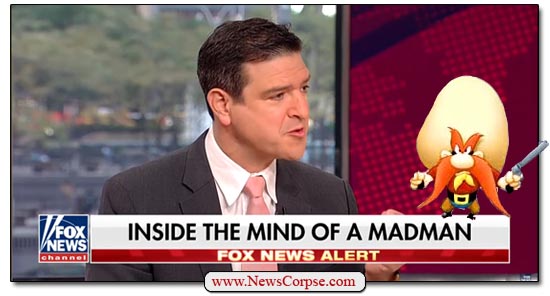 However, talking about how Democrats and the liberal media are responsible for firearms massacres is fair game at any time. For example, Tuesday morning Fox News aired an interview with forensic psychiatrist Michael Welner (video below). Welner is a devoted supporter of Donald Trump. His appearance with the “Curvy Couch” potatoes of Fox and Friends was in keeping with the network’s obsessive partisanship. They acted together to brazenly politicize the horror of the Las Vegas calamity.

Welner began with a wholly invented proclamation that “people who are gun enthusiasts, and who are populists or nationalists in this country, are dehumanized. They’re demonized.” It’s impossible to know where he got that from. While there are protests aimed at the National Rifle Association (NRA) and politicians who kowtow to them, citizen gun owners have never a target of scorn. In fact most NRA members actually support measures like background checks and banning assault weapons. However, Welner’s inclusion of “nationalists” in his diatribe was peculiar. Whether or not they own guns, they are associated with the white supremacy movement. Welner apparently considers them victims in the same mold as he does gun owners.

Welner’s analysis of the shooter’s mindset was equally as bizarre. He led off by saying that “This is a sixty-four year old with no dramatic mental illness. No major decline. Someone who’s intact.” On the basis of what examination did he draw those conclusions? There have been no reports as to the shooter’s psychological profile from either the press or the police. Following that, Welner spouted off a stream of incoherent psychobabble that makes one wonder if he got his degree from Trump University. He asserted that all mass murderers are either seeking notoriety or advancing a cause. He left out many other possible motivations including racial or other prejudice, retribution or redress of perceived wrongs, and just plain insanity.

Welner’s primary theory involved looking at the victims and working backwards to establish a motive. So when Fox’s Brian Kilmeade asked what the country music fans at the concert represented, Welner replied, “Americana.” Between the two of them, the only notable characteristic of the victims was the entertainment venue they patronized. That led to this disturbing exchange between the two:

Welner: Well, I think that CNN is gonna have to answer for how they demonize gun enthusiasts and how CNN actually contributes to mass shooting. And I believe that they do.

First of all, Welner didn’t bother to answer Kilmeade’s embarrassingly biased and asinine question. And the answer he gave was embarrassing enough in it’s own right. That was the professional diagnosis of an allegedly trained psychiatrist? Actually, it’s the opinion of a quack who closed this segment with another absurd allegation. He complained that “We don’t demonize mass killing enough, and that’s why people feel they can do it for a cause.” Really?

Statements like these are not unfamiliar at Fox News. They frequently trade in slander and defamation that is unsupportable and way out of bounds. In this case, Welner may have even exceeded whatever flimsy standards Fox News maintains. Because later in the program, Kilmeade issued a disclaimer to note that the views Welner expressed were his own did not represent Fox. When Fox News is ashamed to be associated with you, that should be a wake up call that the doctor might need professional help himself.