Last Friday Devin Nunes, the Republican chairman of the House Select Committee on Intelligence, unveiled his super-hyped FISA memo. He promised it would expose the FBI as a conspirator in the “deep state” cabal to destroy Donald Trump’s presidency. The fallacy that he floated rested on the premise that the FBI misled the FISA court by omitting material facts. 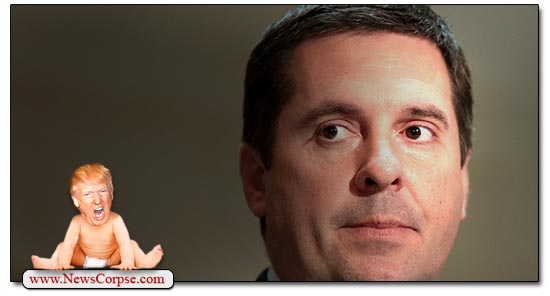 Specifically, Nunes charged that FBI investigators obtained a FISA warrant to wiretap former Trump advisor Carter Page based on the infamous Steele dossier. But, according to Nunes, they withheld the fact that the dossier was partly funded by Democrats associated with Hillary Clinton’s campaign. Indeed, part of the funding came from the Clinton camp, but the dossier was originally financed by the conservative website, Washington Free Beacon. Nunes always seems to leave that out when this subject comes up. In his memo he wrote that:

“Neither the initial application in October 2016, nor any of the renewals, disclose or reference the role of the DNC, Clinton campaign, or any party/campaign in funding Steele’s efforts, even though the political origins of the Steele dossier were then known to senior and FBI officials.”

Setting aside the blatant partisan omissions by Nunes, there is an even bigger problem with that statement. As it turns out, the FBI’s warrant applications did contain information about the “political origins of the Steele dossier.” And the source for that fact was none other than Devin Nunes. In an interview on Fox News (of all places) he had this exchange with co-host Brian Kilmeade (video below):

Kilmeade: There was some acknowledgement that this was a political document – meaning the dossier – in a footnote at the bottom of the FISA warrant. What can you tell us about that?
Nunes: A footnote saying something may be political is a far cry from letting the American people know that the Democrats and the Hillary campaign paid for dirt that the FBI then used to get a warrant on an American citizen to spy on another campaign.

First of all, a footnote disclosing precisely what Nunes said was never disclosed proves that Nunes was deliberately lying in his memo. Footnotes are not trivialities meant to be dismissed. They are notations with additional information of interest. The fact that Nunes tried to hide their existence reveals his dishonest intent. Secondly, a footnote in a classified application to the FISA Court was never meant to be a communication to the American people. So the FBI wasn’t hiding that data, they were complying with the law. Finally, the warrant wasn’t used to spy on another campaign. It was used to monitor Carter Page who was no longer with the Trump campaign at the time the warrant was issued.

Later in the same Fox and Friends interview, Nunes accused committee Democrats of being the source of “more than a hundred leaks,” but he refused to provide any evidence for the accusation. He also asserted that Democrats have come up with “goose eggs” on whether Trump colluded with Russia. This is a common theme among Republicans. But they seem to be oblivious to the fact that whatever evidence exists is in the hands of special counsel Robert Mueller, and he isn’t talking.

All of this is further proof of the bad faith smears orchestrated by Nunes and his GOP henchmen. As usual, the more facts that emerge about any pseudo-scandal trumped up by Republicans, the more they are exposed as shameless liars. And in this case it was Nunes himself who drew back the curtain on his own dishonesty. Ironic, isn’t it?