The undisguised, ultra-rightist biases of Fox News are all too familiar to anyone who is paying attention. Particularly since the election of Donald Trump, who has built the Fox Team into a partisan media border wall that works ferociously to defend him no matter how dishonest or disgusting his behavior. Trump even treats Fox as his recruiting pool White House personnel. 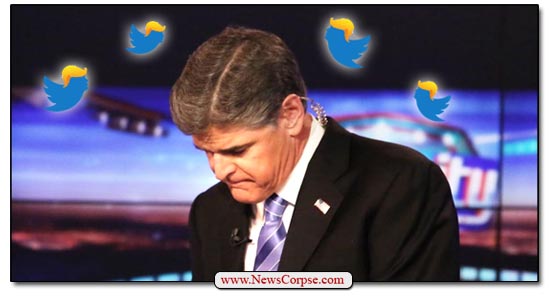 However, there is one outpost of semi-sanity on the network that occasionally diverts from the Fox gospel. Afternoon anchor Shepard Smith has been known to propound actual facts in contrast to the deliberate lies and propaganda that infect the rest of Fox’s roster. Notably, he presented a reality-based summary of the Uranium One issue that many Fox squawking heads twisted into a perverse anti-Hillary Clinton harangue. He has also offered a more compassionate view of victims of gun violence than is generally exhibited by Fox’s NRA shills. These sort of segments have made Smith the most hated man on Fox News by Fox News viewers.

Predictably, the news that Smith just signed a new, multiyear contract with Fox News has landed with a thud among the Fox faithful who have been clamoring for him to fired. And a recent profile of Smith by Time Magazine wherein he expressed some candid opinions about his employer and colleagues isn’t going to make them any happier. Smith differentiated his role as a journalist with that of the “entertainers” who populate Fox’s primetime:

“We serve different masters. We work for different reporting chains, we have different rules. They don’t really have rules on the opinion side. They can say whatever they want. If it’s their opinion. I don’t really watch a lot of opinion programming. I’m busy.” […]

“I get it,” he says, “that some of our opinion programming is there strictly to be entertaining. I get that. I don’t work there. I wouldn’t work there.”

Smith is right. And his characterization of much of Fox’s programming as entertainment is consistent with what Fox News executives have said. News Corpse reported in 2015 a variety of admissions by Fox that they are not really in the news business. Among them the confession that Fox founder and CEO, the late Roger Ailes, gave to the Hollywood Reporter. He dismissed talk that Fox competed with other news networks, instead insisting that “We’re competing with TNT and USA and ESPN.”

But Smith’s remarks did not go unnoticed by his network-mate, Sean Hannity. As the Fox host most fiercely infatuated with Trump, Hannity took offense at being trivialized as an entertainer. He tweeted this response to Smith:

While Shep is a friend with political views I do not share, and great at breaking news, he is clueless about what we do every day. Hannity breaks news daily-Warrant on a Trump assoc, the unmasking scandal, leaking intel, Fisa abuse, HRC lawbreaking, dossier and more REAL NEWS! 9p https://t.co/zJpnnyFTtP

[Note: Hannity deleted this tweet. But you can still see it here]

Smith never mentioned Hannity in his profile, but Hannity had no reservations making this feud personal. His indignation is hysterical considering that he broke none of the “stories” (actually crackpot conspiracy theories) he itemized in his tweet. He merely regurgitated them from other sleazy sources that feed his wingnut fringe fantasies (Breitbart, Infowars, Gateway Pundit, etc.). And then he has the gall to sign off with Fox’s brand new slogan, “Real News.” Fox posted a promo for the new tagline that warned “It’s about to get REAL.” Which kind of implies that it’s been bullshit up until now.

Another problem with Hannity trash-talking Smith is that Hannity himself has denied being a journalist. Or maybe this calmly phrased tweet was just misunderstood:

I'm not a journalist jackass. I'm a talk host. https://t.co/fj1ZCsAEL4

Inquiring minds want to know: If Hannity is not a “journalist jackass,” then what kind of jackass is he? It’s almost impossible to tell because he keeps contradicting himself. On his radio show last August he insisted that “I’m a journalist but I’m an advocacy journalist.” Apparently Hannity is whatever he says he is at the time he’s saying it. Like most of what comes out of his mouth, it cannot be taken seriously or relied upon to be operative an hour later.

Poor Hannity must be terribly disturbed by how badly he is being crushed by MSNBC’s Rachel Maddow lately. He was moved by Fox to directly compete with her a few months ago, but they may be regretting that now. All it did was affirm how weak he is as a TV personality. And while there are a lot of Fox viewers who would like to see Smith fired, there are many more American who would prefer that Hannity is sent packing. And you can help by signing on here: Stop Hannity.

4 thoughts on “Popcorn Time: War Breaks Out at Fox News Between Shepard Smith and Sean Hannity”