You have to feel a little sorry for Fox News these days. They are in the impossible position of having to defend a sleazy, ignorant, narcissistic, greedy, racist, corrupt, pathological liar. Their sycophantic propaganda on behalf of Donald Trump must be getting harder and harder to manufacture. The shills that litter their airwaves are becoming more desperate for material with each passing day. 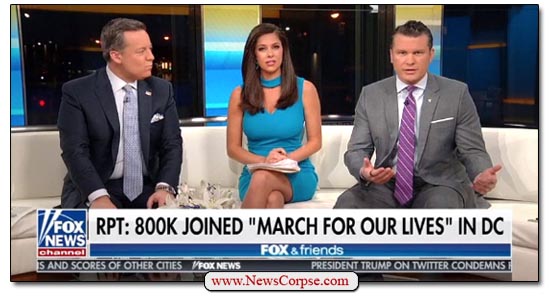 So it’s understandable that they’ve turned to their disgraced former star, Bill O’Reilly, to try to shore up their flagging ratings. After all, he was merely found to have committed multiple acts of sexual harassment and assault. And the President has done that repeatedly, so what’s the big deal? If Trump can consider bringing back his domestic abusing former aide, Rob Porter (which is being discussed), then Fox News surely can bring back O’Reilly.

The Daily Beast is reporting that O’Reilly’s “Lies and Legends” is once again airing on the network. NOTE: Despite the title, it is not a documentary based on Trump’s presidency. How a network that was shamed into severing ties with their top rated star can even entertain the notion of putting him back on the payroll is something only a cretinous Fox executive could justify. But almost certainly won’t bother doing.

It’s fitting that on the same day that this news was announced, O’Reilly distinguished himself with his hokey “Tip of the Day” on Twitter. This tip set out to belittle the historic “March For Our Lives” that called on Congress to enact the common sense gun reforms that overwhelming majorities of the American people support. But it also slandered Fox’s competitor, NBC.

Tip of the Day: on Saturday, NBC reported that 800,000 protestors attended the anti-gun violence rally in DC. It turns out the real number was 200,000. No longer can you trust the media for honest information. More on the @NoSpinNews tonight on https://t.co/fqUvO5EEW0.

First of all, there were several reputable analyses of the march’s attendance in Washington, D.C., that put the numbers between 800,000 and a million. But O’Reilly referenced only a single source that was cited in an article on Fox News (where else?). O’Reilly’s only basis for calling the absurd 200,000 figure the “real” number is his wishful thinking and obvious bias. What makes this even worse is that Fox News also reported the 800,000 figure on the air (see image above). So is O’Reilly advising the few remaining losers who follow him to refrain from trusting Fox News? Nah, that would require the sort of n0-spin analysis that this worm has never been capable of.

The love affair between Fox and O’Reilly is clearly not over yet. But that’s only because neither of them have any other prospects. So both are forced to rely on each other out of desperation. O’Reilly’s public profile has been reduced to near total obscurity. And Fox News has employed so many sexual predators what’s one more brought back from the past? As their messianic Deal Leader would say: SAD.