This could kill Donald Trump. Perhaps the most notorious personality flaw of the President (other than his pathological lying) is his malignant narcissism. His ego is so gigantic, and yet fragile, that he has to constantly convince himself that he is the smartest, handsomest, strongest, and bestest at anything and everything he ever attempts. He never stops bragging about what are mostly imaginary accomplishments that he portrays as breaking historical records. 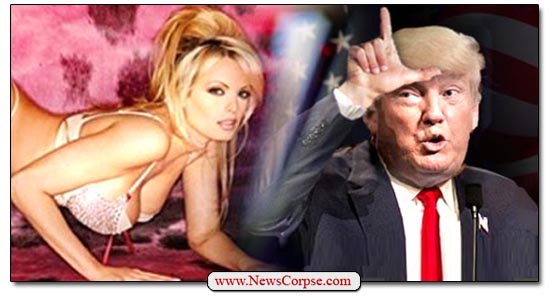 But the part that will thrust Trump into another of his infantile tantrums is the fact that Daniels scored a much higher rating on the program than he did. The Nielsen overnights show that the Daniels interviewed was watched by by more than 23 million people and delivered a 16.3 rating/27 share. It was the highest rated episode of 60 Minutes in ten years. Which means, of course, that it beat Trump’s interview following the November 2016 election. That was also highly anticipated as it was the first interview of Trump as President-elect. But only 16.4 million people tuned in for that show. Stormy did more than fifty percent better.

You can bet that this is going to gnaw at our ego-driven Commander-in-Chief. After all, he is still obsessed with propping up his sore winner status over Hillary Clinton, who also beat him by millions of votes. And it’s only been a year and a half since that debacle. Trump just can’t get it out of his head.

This is a president who can’t talk about any subject with proclaiming himself the master of it. Whenever he addresses the tax reform bill that Congress passed, he says it was the biggest tax cut in history (it wasn’t). He says the stock market has risen more than during any other president’s first year (it hasn’t). He insists that he is the least racist person you will ever meet (so long as you’ve only ever met former Grand Wizards of the KKK).

Donald Trump is quite obviously suffering from a severe case of self-delusion. Virtually everything he takes credit for, he had nothing to do with. But he still demands recognition for having solved every problem he’s confronted. Never mind that he hasn’t repealed ObamaCare (despite repeatedly trying to sabotage it). He hasn’t ended terrorism (which he said would be so easy). And he can’t even get the Republican-controlled Congress to pay for his idiotic border wall (that Mexico was supposed to pay for). Reality notwithstanding, Trump exalts himself at every opportunity whether he deserves it or not. Here’s a tweet from September 2015 that proves how important this is to him:

Wow, the ratings for @60Minutes last night were their biggest in a year— very nice!

The only way to characterize Trump so far in his presidency is as a loser. He can’t manage to keep people on his staff or attract competent administrators. His rallies are drawing smaller crowds with every event. And now he was beaten at the game he was so proud of for fourteen years by a woman who has never before been on television. He’s apparently afraid to even utter name. He will post insults on Twitter aimed at everyone from John McCain to Chuck Todd to Meryl Streep. But not a single word about Stormy Daniels. Perhaps he knows deep down that he is no competition for her. Or he knows what she knows about him.