Last week Attorney General Jeff Sessions announced that he would not mount a defense of the provision in the Affordable Care Act (aka ObamaCare) that prohibits insurance companies from discriminating against people with preexisting conditions. It is now the official position of Donald Trump’s Justice Department that if you have ever been diagnosed as diabetic, a had migraine, been pregnant, taken cholesterol medication, or suffered any of a thousand other common maladies, your insurance company should be allowed to charge you exorbitant rates or refuse to cover you at all. 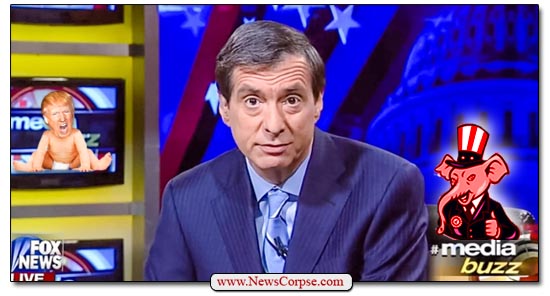 This decision could result in millions of citizens losing their health insurance and risking the lives of themselves and their families. It is a coldhearted and utterly unnecessary action on the part of an administration that long ago proved it doesn’t care about ordinary Americans. The decision was covered by most news organizations last week. Perhaps not with the frequency and urgency it warranted, but there was broad coverage by the likes of the Washington Post, the New York Times, the Wall Street Journal, CNN, NBC, ABC, and CBS. Notice anyone missing?

The conspicuous absence of Fox News in this list should not surprise anybody. The Justice Department, under direction of the White House, has just taken a position that could seriously damage the electoral prospects of dozens of Republican candidates. The provision protecting for preexisting conditions may be the most popular part of ObamaCare. So Fox News appears to have made a deliberate decision to bury the story. And that possibility became more plausible on Monday when Fox’s chief media correspondent addressed the matter in a web-only video. Howard Kurtz, host of Fox News MediaBuzz, acknowledged both the significance of the issue and the limited coverage (video below):

“It was the most important issue in American politics for years. I’m talking here about ObamaCare. You’ll recall that the House Republicans – what – repealed ObamaCare about a thousand times while President Obama was still in office.” […]

“Now the Trump administration seems determined to strangle the law. And this news, it was covered and there’s been some newspaper stories but very little on television. The administration is now going to court – or getting involved in a court suit in which it says it will no longer defend really the pillar of ObamaCare which is no ban on preexisting conditions. This is pretty stunning news because if there’s one thing that almost everybody likes about the law – and lots of things that people did not like about the law – but it was the idea that if you were sick, you had a condition, you had a heart problem, you had cancer, whatever it was, insurance companies could not turn you down or charge you four times as much as any other people who got insurance.”

There’s just one glaring problem with this video. It never aired on Fox News. Kurtz spent four minutes decrying the sparse treatment this issue received on TV, but he said nothing about it on his own hour long media-focused program on Sunday. In this video he says that the “relatively little television coverage” the matter got was “striking” to him. But if he thought it was that important, then why didn’t he bring it up it on his show? And why didn’t he note that every other national television news network did multiple segments on it, but not Fox News? He is as guilty as his colleagues of ignoring this story, and maybe more hypocritical.

However, Kurtz is right about this issue needing more attention from the media. And it will likely get that attention as the November election gets closer and Democrats make an issue of it. Kurtz even pointed out that a recent poll showed that seventy-five percent of Democrats, and sixty-three percent of Republicans, approve of the law protecting people with preexisting conditions. He even noted that Trump had supported it during the 2016 election. But the only coverage you’ll see of this on Fox News will be in the service of Republicans as they attack proponents of healthcare during their upcoming campaigns. Or maybe in web-only videos that most people will never see.