The most prominent character flaw of Donald Trump (among so many) is his dangerously malignant narcissism. He has an ego so large and fragile that its collapse could produce a tsunami big enough to wipeout much of the civilized world. The evidence of this is often revealed in his frequent bragging about things he undeservedly takes credit for, and his whining about failures for which he refuses to take any responsibility. 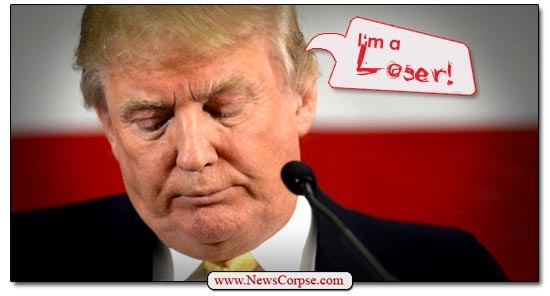 Naturally, any poll that he can strain something positive out of, he will feature prominently on his Twitter feed. And among the surveys that he most likes to promote are those taken by Nielsen Media Research. Trump just gets giddy with excitement when he excels in the ratings. So the results of his Oval Office speech on Tuesday night are likely to bring a storm of rage due to his defeat at the hands of his Democratic foes, House Speaker Nancy Pelosi and Senate Democratic Leader Chuck Schumer.

When Trump finds out that more people watched The Pelosi/Schumer Show than his pathetic babbling about steel barriers and beheadings, he may have a stroke. Sure, some Fox News viewers tuned out after he signed off. But the audience increased for the other cable networks enough to exceed the total for his audience. And the combined post-Trump total for MSNBC and CNN surpassed the number of viewers on Fox.

If Trump was hoping to command a large audience of dimwits he could persuade with his oozing charm, he failed bigly. Not only did he give a presentation that induced narcolepsy, it lead to a Wednesday afternoon meeting with Democrats where Trump stormed out in a huff upon hearing that he still wasn’t gonna get the wall he wanted from Santa. Then he tweeted an insolent and incoherent message:

Just left a meeting with Chuck and Nancy, a total waste of time. I asked what is going to happen in 30 days if I quickly open things up, are you going to approve Border Security which includes a Wall or Steel Barrier? Nancy said, NO. I said bye-bye, nothing else works!

Trump seems to think that by agreeing to reopen the government, he’s entitled to total subservience from Democrats who still oppose the wall for a host of legitimate reasons. Those reasons don’t disappear because Trump finally behaves responsibly and Congress does the job they’re paid to do. And the wall isn’t his reward for releasing a hostage nation from his aspiring authoritarian grip.

There’s no way that Trump can win this argument because he’s relying only on an infantile insistence that everyone bow down to his demands. But Republicans in the Senate are already starting to fall away as they realize that deliberately hurting their constituents is bad politics. So it’s only a matter of time before Trump caves in with some face saving resolution that still denies him his precious wall.