This is too strange not to mention. While Trump is posting rancid tirades, infantile insults, and flagrant lies on Twitter, he (or perhaps a rogue aide) is also “Liking“ some very obvious anti-Trump tweets (see pix below).

The appearance of these liked tweets is, to say the least, peculiar. They include one that features a quote from George Orwell’s 1994: “The Party told you to reject the evidence of your eyes and ears. It was their final, most essential command.” This Like has already been been undone, but it’s meaning is unmistakable. Last week Trump tweeted a denial that he had ever the Duchess of Sussex, Meghan Markle, was “nasty”. Never mind that he was captured on video saying it.

Still on his list of Liked tweets is one that says “Please, after several typos he’s just not presidential material.” It’s hard to argue with that, but why did Trump Like it? And then there’s one that features a picture of Trump with a recent denial that he had anything to do with Russia, but that actually admitted that Russia helped him win the election. And finally, he Liked a tweet that says “for one so self-possessed, you aren’t very self-aware. You’ve hurt the GOP as much as anybody.”

Is this more evidence that Trump is losing what’s left of his already deficient mental faculties? Does he fail to grasp the meaning of these tweets? Is there a mole on the Trump social media team? Who knows. And who cares? It’s not like his other tweets are overflowing with intelligence or meaning. But still… 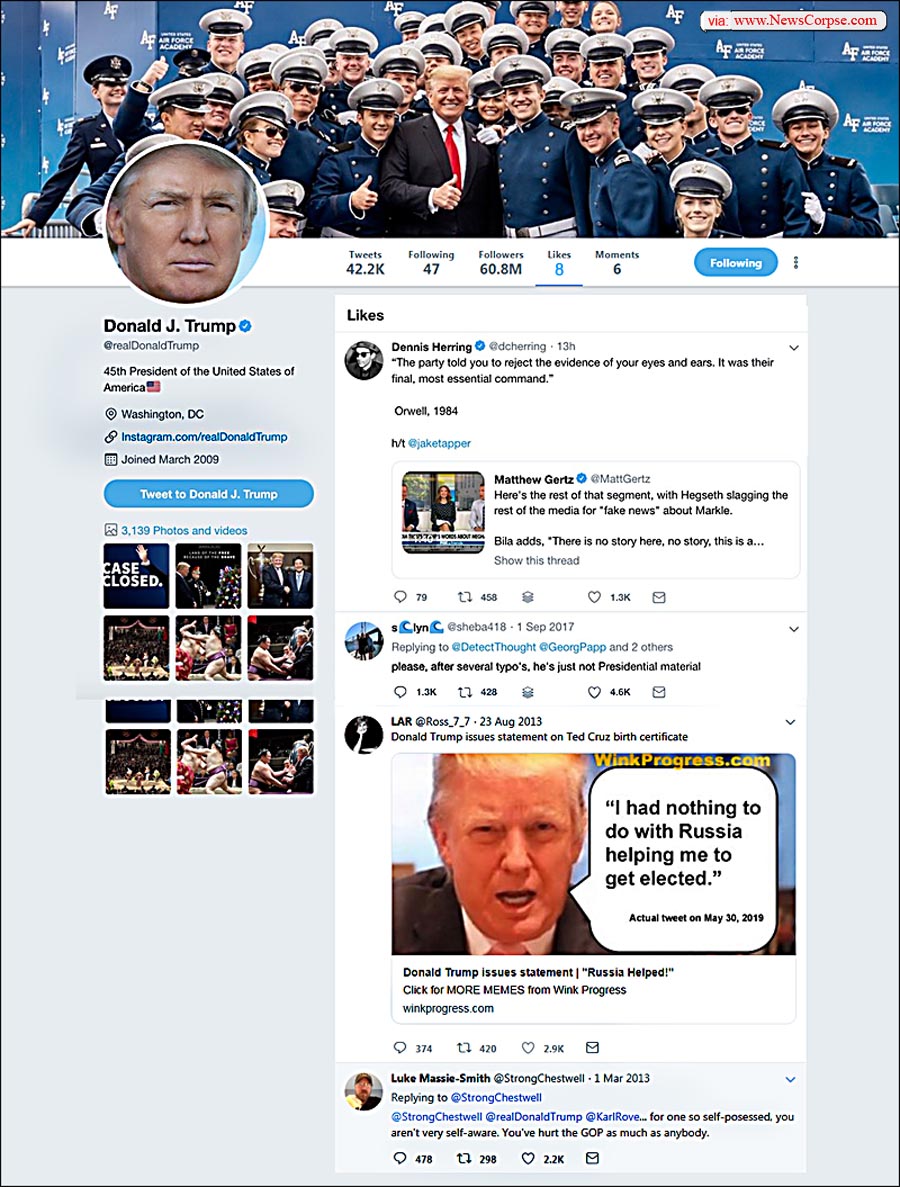 One thought on “WEIRD: Trump ‘Liked’ Some Wonderfully Anti-Trump Tweets on His Twitter Page”