Just when you think that it couldn’t get any worse, Donald Trump proves that there is no bottom to the abyss of his loathsome cretinism. On a day that has been consumed by reports of the “suicide” of Trump’s long-time pal and pedophile, Jeffrey Epstein, the president sinks lower than even his staunchest critics might have imaged. 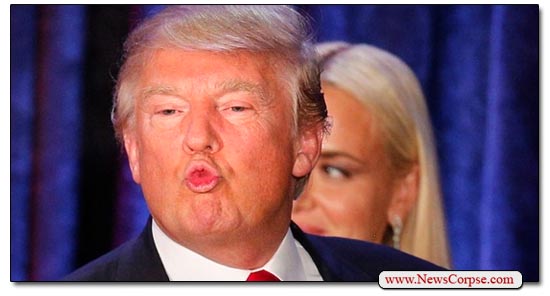 The Twitter feed of the President of the United States of America currently features a posting that promotes a disgusting conspiracy theory about Bill and Hillary Clinton that accuses them – without any evidence – of multiple murders. The post goes on to baselessly suggest that the Clintons are also responsible for the alleged suicide of Trump’s wingman, Epstein. The tweet that Trump has blasted out to his 62 million glassy-eyed followers was composed an alleged “comedian” named Terrence K. Williams, and asserts that “#JefferyEpstein had information on Bill Clinton & now he’s dead. I see #TrumpBodyCount trending but we know who did this!” It also features the hashtags “#ClintonBodyCount” and “#ClintonCrimeFamily.”

This would be horrendous if it were a posting on the account of Alex Jones’ Infowars (which has been banned from Twitter for advocating violence and other violations of the site’s terms and conditions), or some other crackpot who regularly spews ludicrous and imaginary bullshit. But it’s unbelievably nauseating that the President is so lacking in integrity, decorum, and decency. It’s further evidence (as if any more were needed) that Trump is unfit to serve in this office, or to even clean its toilets.

It’s also notable that Trump is not the only person to sink to these noxious depths in his administration. Lynne Patton is a regional administrator at the Department of Housing and Urban Development (and former wedding planner for Melania). She posted on Instagram that Epstein had been “Hillary’d,” with a hashtag that read “#VinceFosterPartTwo.” So apparently this is a coordinated effort on Trump’s part.

For the record, Epstein has had relationships with numerous prominent people, including politicians and business moguls. But the nutcases who are trying to smear the Clintons and others on the Democratic side are having to reach back decades for those angles. Yet they ignore that the person who is currently occupying the White House was close to Epstein for years and partied with him frequently. So while there is plenty of slime to spread around, only Trump is currently in a position of power that could have had both motive and opportunity to commit some foul deed.

Nevertheless, I’m not accusing him of anything other than being a slime bucket who gives credence to the nastiest unproven allegations. And as president he is not only demonstrating his own repulsive character (or lack thereof), he is staining the office that he was never fit to hold. There simply aren’t words strong enough to convey what an odious waste of flesh he is and how urgent it is that he be removed from office and sent to prison. And fortunately, there is a cell that just became available.