The House of Representatives has produced a transformational voting rights bill that is appropriately titled the “For the People Act” (HR1). It’s passage would significantly increase access to voting by guaranteeing early voting periods, mandating automatic voter registration, and creating transparency for money in politics, for starters. 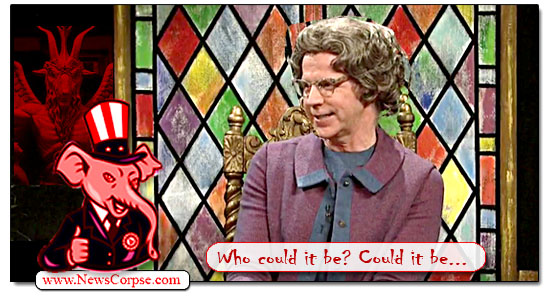 Naturally, Republicans are steadfastly opposed to these measures because they would advance voter participation, particularly among communities that have been historically oppressed. If there’s one thing that Republicans hate more than democracy, it’s when democracy is practiced by minorities, workers, seniors, youth, and women. They know that they cannot use honest persuasion to attract voters because their policies are widely rejected. So they resort to suppression in order to keep turnout artificially low.

There are currently more than 200 bills being pushed by Republicans in 40-plus states aimed at making it harder for people to cast ballots. It’s a coordinated, nationwide campaign by the GOP to prevent Democrats from winning fair elections. And leading the effort is the Republican senator from Utah, Mike Lee. His remarks Wednesday on Fox News illustrate the manic desperation of Republicans to block the American people from expressing themselves at the polls:

“Everything about this bill is rotten to the core. This is a bill as if written in hell by the devil himself. This takes all sorts of decisions that the federal government really has no business making.”

Mike Lee on HR1: "This is a bill as if written in hell by the devil himself." pic.twitter.com/NfNvv30NBA

Really? Sen. Lee actually thinks that providing early and weekend voting access is demonic? And isn’t cute that Fox News thinks that the bullet points in its graphic are bad things? For the record, the American people are broadly in favor (68%) of the reforms contained in this bill, including Republicans (57%).

However, Lee and his GOP confederates are against those reforms noted above. As well as curtailing the influence of big money, ending partisan gerrymandering, enhancing security, expanding mail-in voting, and numerous other efficiency and ethics reforms. Conversely he believes that cutting off access to the polls, permitting wealthy donors to have undue influence, carving out bizarre districts that protect incumbents, and otherwise defiling democracy is godly.

Lee complains that the reforms in the bill are an imposition of the federal government on state’s rights, which is an argument used frequently by racists and religious bigots to enact flagrantly discriminating laws. However, the fairness of national elections is clearly a concern for which federal standards are appropriate. What’s more, Republican hypocrisy regarding states rights is evident every time they try to federalize legislation about marriage, abortion, civil rights, guns, or the environment.

The “For the People” act is a critical reform that enhances and strengthens democracy. Sadly, its passage in the Senate is doomed by the prospect of a Republican filibuster. Unless the filibuster is abolished or altered, this legislation will fail and the GOP strategy of winning elections by preventing their opponents from voting will succeed. Hopefully the Senate Democratic leadership will do the right thing and make it possible for the people’s voices to heard in future elections.

5 thoughts on “GOP Senator Rants on Fox News: Voting Rights Bill Was ‘Written in Hell By the Devil Himself’”