There was some speculation that Fox News might change after Donald Trump was evicted by America’s voters from the White House. That speculation proved to be true. Fox News has changed. For the worse. It has veered farther to the right – and Trumpian extremism – than ever. Fox’s CEO, Lachlan Murdoch, even said publicly that it is the network’s “job” to oppose Biden. 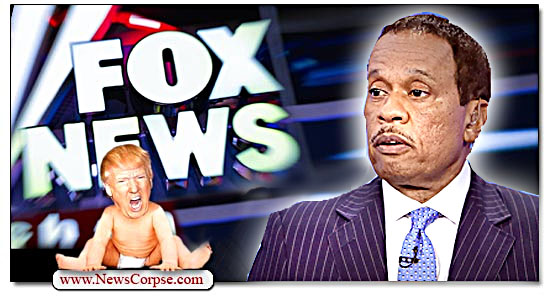 In the past few months Fox News elevated drooling Trump sycophants like Dan Bongino and Greg Gutfeld. Tucker Carlson’s exposure was increased with new streaming programs. They added Lara Trump as a contributor and Kayleigh McEnany, Trump’s former press secretary, as a co-host on Outnumbered.

Meanwhile, Fox News has ideologically cleansed panel shows like Outnumbered of all leftish voices. They have parted ways with the few pundits who would occasionally challenge Trump and his suck-ups on the network. Politics editor, Chris Stirewalt, was fired. The former Democratic Party chair, Donna Brazile, is gone. Fox and Friends co-host Jedidiah Bila was sacked. And Juan Williams is now an ex-co-host of The Five.

Speaking of Williams, he just published an essay on The Hill posing the question “What are the Republicans so afraid of?” It’s interesting that Williams, who isn’t a particularly aggressive liberal, had to turn to a non-Fox website to express his views. Perhaps it’s because the essay began by noting the division that Trump – and Fox News – have been so instrumental in fomenting:

“The depth of the division can also be seen in recent Ipsos/Reuters polling that shows most Republicans continue to believe former President Trump is the ‘true president,’ and 56 percent [of Republicans] believe the 2020 election was stolen from him.”

Williams observed that the recent Senate vote to create a commission to study the January 6th insurrection failed due to Republicans being too afraid to examine what led to the Capitol Hill riots. Their fear was that a truly independent investigation would reveal that they themselves were responsible to a significant extent. Williams also wrote that Republican fear is centered on the racist “white re[placement” conspiracy theory that has become a major part of Tucker Carlson’s program.

Another key part of Williams’ essay was that Trump’s “Big Lie” that the election was stolen from him was “fed daily with conspiracy talk and misinformation by social media, talk radio and cable opinion shows.” Of course, the “cable opinion shows” he meant, without naming, were those by Carlson, Sean Hannity, Laura Ingraham, the “Curvy Couch” potatoes of Fox and Friends, and pretty much the rest of their schedule.

It’s the “Big Lie” that has been the primary motivation for the violence by Trump’s insurrectionist brigades. It has even led to a call for a military coup by Trump’s former National Security Advisor, Mike Flynn. These traitors are openly advocating a violent overthrow of the United States government to install Trump as a dictator. And while Williams is right to ask what Republicans are afraid of, he might also want to ask: Why aren’t Democrats – and all patriotic Americans – more afraid?

One thought on “Fox News ‘Liberal’ Asks GOP Crybabies, ‘What Are the Republicans So Afraid of?’”