With nearly a year in the books, the Biden administration is taking stock of the progress made on the issues of most concern to the American people. As usual, the economy tops the list of public priorities with matters relating to jobs, inflation, wages, and making its debut appearance, the supply chain. 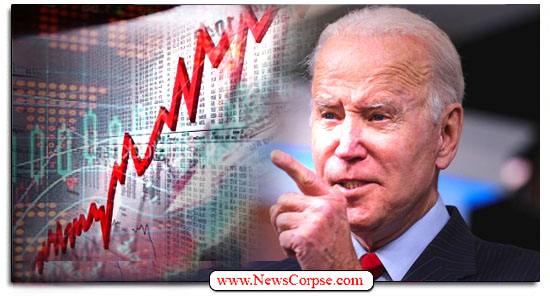 All of these ingredients are being stirred into a stew that is heavily seasoned with considerations about the holidays and the COVID pandemic. So it shouldn’t come as a surprise that the populace is anxious and looking forward with some sense of unease. Those doubts are being fanned by the press that has been pushing a decidedly negative perspective. And, of course, Donald Trump, is disgorging his usual litany of lies. The result is that President Biden and the Democrats are registering poorly in most recent polls.

However, when the economic environment is examined more closely, there is actually more cause for hope than despair. An article by Robert J. Shapiro for the Washington Monthly sums it up nicely with the headline, “It’s a Biden Boom — and No One Has Noticed Yet.” The article opens saying that…

“While many people are uncomfortable communicating bad news, Democrats have a problem these days talking about good news, especially on the economy. Based on the data, President Biden and the Democratic Congress are set to preside over the strongest two-year performance on growth, jobs, and income in decades — so long as the current cycle of inflation eases, and the Omicron variant does not trigger another round of shutdowns. The future paths of inflation and the pandemic are large and important unknowns — but if they break right, everything else points to a Biden boom through 2022.”

Shapiro, a former Under Secretary of Commerce for Economic Affairs under Bill Clinton, enumerates the reasons for his optimism. They include the fact that…

Shapiro wonders, then, “Why is Biden’s approval on the economy so far underwater?” His answer is that “Americans’ perceptions of the economy always lag actual economic conditions when those conditions have recently changed.” And he predicts that “if the economy continues to improve…the midterm elections could well unfold during a formidable Biden boom, which certainly would be good news for the Democrats.”

Shapiro’s view is shared by Biden’s Chief of Staff, Ron Klain, who posted this presentation on the current state of the nation’s economics:

President Biden is delivering the fastest economic recovery in history. Some quick facts from @WHCOS: pic.twitter.com/hduEmgtc3q

That’s enough positive economic news to turn around the dreary perceptions that Americans have of the nation’s economic health. The question is, will the media report this data honestly and with the same frequency and fervor that they have been peddling the mostly temporary bad news? For the sake of the nation, they had better do so.

There is going to be a lot of competing news to deal with. Trump is continuing to be investigated by multiple prosecutorial jurisdictions for everything from inciting an insurrection, to pressuring election officials, to tax fraud. The COVID pandemic will likely remain a significant news story. Washington will be abuzz with decisions by the Supreme Court, and congressional legislation, including bills on voting rights. And next year the midterm elections will decide which party will control the majority in Congress.

But the economy is usually the issue upon which most elections turn. So the responsibility of getting the reporting right is critical to the future welfare of the country. The mood pf the nation when it goes to the polls will determine how every other matter in the nation’s Capitol is resolved. And if the media fails to inform the people about how superbly the economy is performing under Biden, they will be throwing the midterms to the Republicans who have an unparalleled record of dismal economic failure going back for decades.

3 thoughts on “The Biden Boom is Well Underway. Will the Media Honestly Report On It?”