The brand new Congressional Super Committee that is charged with pulling America’s butt out of a fiscal fire is sorely underrepresented by major groups of the American people. In addition to the disturbing associations that members of the committee have with wealthy campaign contributors, they are also notably homogenous in terms of race and gender.

Republicans appointed an entirely white male panel of members. At least the Democrats included one woman, one African-American, and one Hispanic. Still, that ratio is a long way from proportional representation.

When large groups of citizens are excluded from participating in the democratic process, the result is bad policy, uneven playing fields, and a disheartened and/or outraged electorate. Take for example the representation of women in American political life (or rather, lack thereof) that has produced a legislative War on Women: 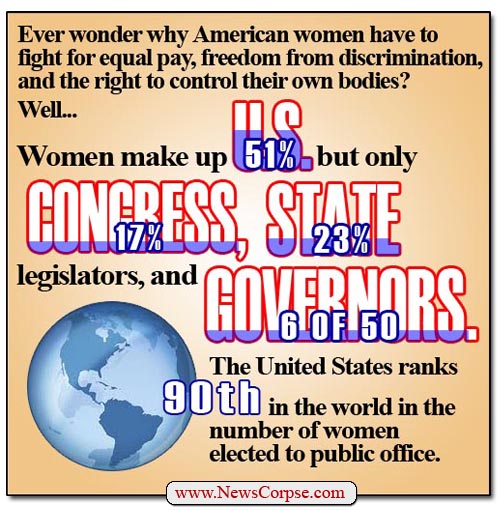 These inequities are generally unaddressed by the media. Unless that changes there will be continued division and a failure to resolve the most pressing issues of our time. We need to include everyone in the effort to right the nation’s course. And we must not be afraid to embrace the fight for progressivism, civil rights, feminism, and liberty and justice for all.