A couple of weeks ago Rick Perry was caught on tape with a representative of Bank of America who offered a comforting message to the Texas governor saying that “We’ll help you out.” He wasn’t kidding. 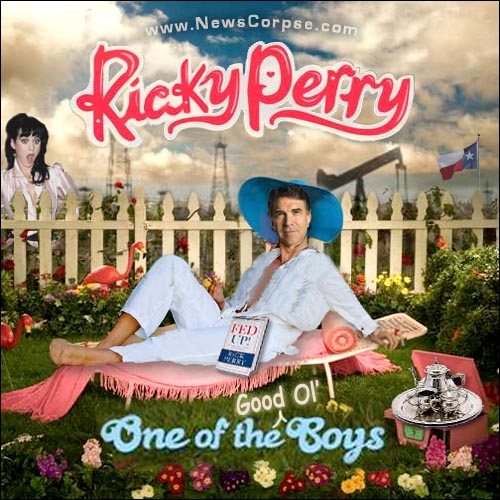 ThinkProgress documented the extent to which BofA had already provided abundant comfort to Perry. He has received over $125,000 from BofA’s PAC. He has received $4 million from the Republican Governor’s Association, to which BofA was a major contributor while Perry was its chairman. In exchange, Perry has been a stalwart advocate of deregulation for banking and financial services. He regards the Consumer Financial Protection Agency as unconstitutional.

But Bank of America is not Perry’s only CFF (Corporate Friend Forever) He is also intimate with AT&T. He recently endorsed the mega-merger between AT&T and T-Mobile (which the Justice Department recently announced it would challenge). I’m sure that had nothing to do with the $500,000 Perry has received from AT&T over the past decade.

In addition, the Dallas Morning News reported last December that AT&T bought 700 copies of Perry’s book, “Fed Up!” to distribute to attendees of an ALEC-sponsored luncheon. (Read more about ALEC)

“…the book purchase was arranged between [AT&T] and the American Legislative Exchange Council [ALEC], the conservative outfit that invited Perry to speak at its annual policy summit.

“A spokeswoman for the Exchange Council said the book order cost more than $13,000. AT&T said the sponsorship was meant to share Perry’s agenda with people who attended the summit, many of whom are state legislators from across the country.”

The relationship between Perry and AT&T, a Dallas-based corporation, raises many ethical and legal questions. Throw in a connection to ALEC and you have the makings of a world-class larcenous affair that suggests a slight modification to the AT&T slogan, “Rethink Ethical.”

This sort of pay-to-play politics is typical of the Perry regime in Texas. He has long run an operation out of the governor’s mansion that produced lucrative state contracts in exchange for political donations. 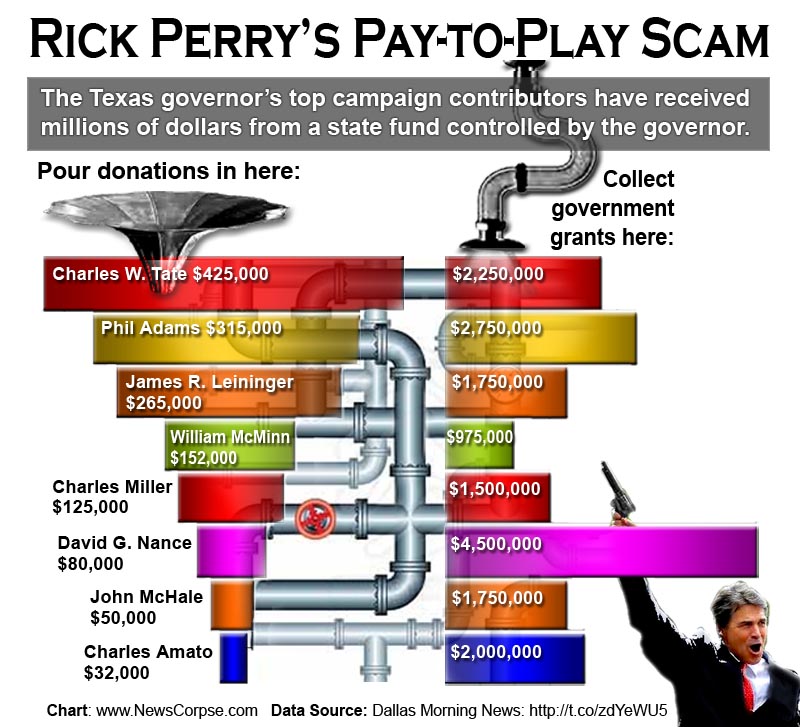 Texas business as usual. And as I’ve said before “Perry is an evangelical huckster with no substantive record of achievement? He’s Elmer Gantry with a government job and gets his snake oil straight from the well.”

19 thoughts on “Fed Up? Rick Perry Sucks Up To AT&T And Vice Versa”