The 2022 midterm elections are now only 78 days away. And Republicans are getting nervous considering the trending of polls that show Democrats gaining ground in both the House and the Senate races coming up. 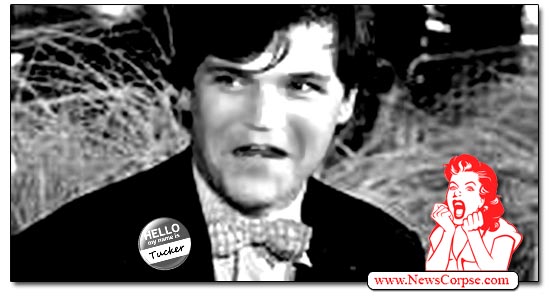 Among the reasons for the Democrats’ optimism are the legislative victories they have enjoyed, passing bills on infrastructure, economic relief, healthcare, tax reform, climate change, gun safety, and more. President Biden is also presiding over lowering gas prices and easing inflation.

What’s more, the House committee investigating the January 6th insurrection is having a profound impact on Donald Trump’s already toxic reputation. For his part, Trump isn’t helping himself by having stolen sensitive national security materials from the White House and hiding them at his Mar-a-Lago bunker.

Consequently, Republicans need to fortify their electoral flank by poisoning the political environment with fallacious allegations of fraud before a single vote has been cast. And naturally, the GOP’s Ministry of Disinformation, Fox News, is taking the lead.

On Friday’s episode of Tucker Carlson’s program he had a segment on the United States Postal Service, which he characterized as engaging in a nefarious plot of some sort. He warned that…

“The Postal Service is now actually taking an active and explicit role in our elections, but not on behalf of Trump. They have created a dedicated division to ‘handle election mail’ ahead of the 2020 [sic] midterms.”

OMG! The mail meanies are scheming to “handle election mail,” and worst of all, it is “not on behalf of Trump!” Even more alarming is that they are traveling back in time to meddle with the 2020 election. Carlson went on to foment more fear, asking…

“Why is there any mail-in balloting? If you can’t be bothered to get to the polls, why do you have a right to participate in democracy? I don’t understand. It’s just an invitation to fraud. they support it because it allows fraud. Why are Republicans putting up with this?”

Tucker Carlson is against democracy plain and simple:

"Why is there any mail-in balloting? If you can't be bothered to get to the polls, why do you have a right to participate in democracy?" pic.twitter.com/pc3okrYIbD

So Carlson has an array of citizens whom he wants to stop from voting. They include the elderly, and the disabled, and soldiers, and students, and travelers. It also includes every resident of Colorado, Hawaii, Nevada, Oregon, Utah, Vermont, and Washington, where they have only mail-in voting. And Carlson’s guest, conspiracy crackpot Chuck Devore, weighed in saying that…

“I don’t think people should be trusting the Postal service with their mail-in ballots […because…] you can send people to the house of voters and ‘help’ them with their ballots to make sure that they vote for the right people.”

Never mind that there is no evidence of this happening. It is likely something that Republicans do, so they assume that Democrats are doing it as well. There is also no evidence of mail-in voter fraud outside of a scattering of incidents that, as noted, usually involve Republican vote scammers.

The truth is that Carlson, Fox News, and the Republican Party know that Democrats are more likely to avail themselves of mail-in and early voting. That’s partly because Donald Trump has demonized the practice and made his cult followers suspicious of it. He did this despite the findings of his own administration that concluded there was no widespread voter fraud.

RELATED: GOOD NEWS: Trump Warns That With Mail-In Voting There Will Be No More Republicans

Trump, of course, is not above hypocrisy. While he frequently demands that only in-person voting should be permitted, he himself votes by mail. And he even advocates it for others when he thinks it will benefit him.

It’s a good thing that Carlson doesn’t get to decide who can and cannot vote. Unfortunately, there are too many GOP state legislatures who can decide. And they have been working tirelessly to suppress the votes of Democrats through gerrymandering and oppressive election processes.

As a result, Democrats have a huge burden to carry if they want to realize the gains that recent polling is showing for them. So those polls must not be an excuse to celebrate and relax. They must be motivation to work harder than ever to get patriotic Americans to vote on November 8th and save our democracy. And as an added incentive, the more people who vote by mail, the more Tucker Carlson (and Trump, and Fox News, and the GOP) will cry about being the losers that they are.