In keeping with his promise to change the tone of the campaign, Mitt Romney just dove head first into birtherism in a speech to supporters in Michigan:

“Now I love being home in this place where Ann and I were raised, where both of us were born. Ann was born in Henry Ford Hospital. I was born in Harper Hospital. No one’s ever asked to see my birth certificate. They know that this is the place that we were born and raised.”

First of all, I need to point out that Romney is factually wrong. I have asked to see his birth certificate and he has yet to comply. There have also been numerous others who have called on Romney to produce the document. He did release a “certificate of live birth” last May that is obviously a fake. We know that it’s a fake because when President Obama released a similar document the birthers uniformly denounced as an outright fraud. 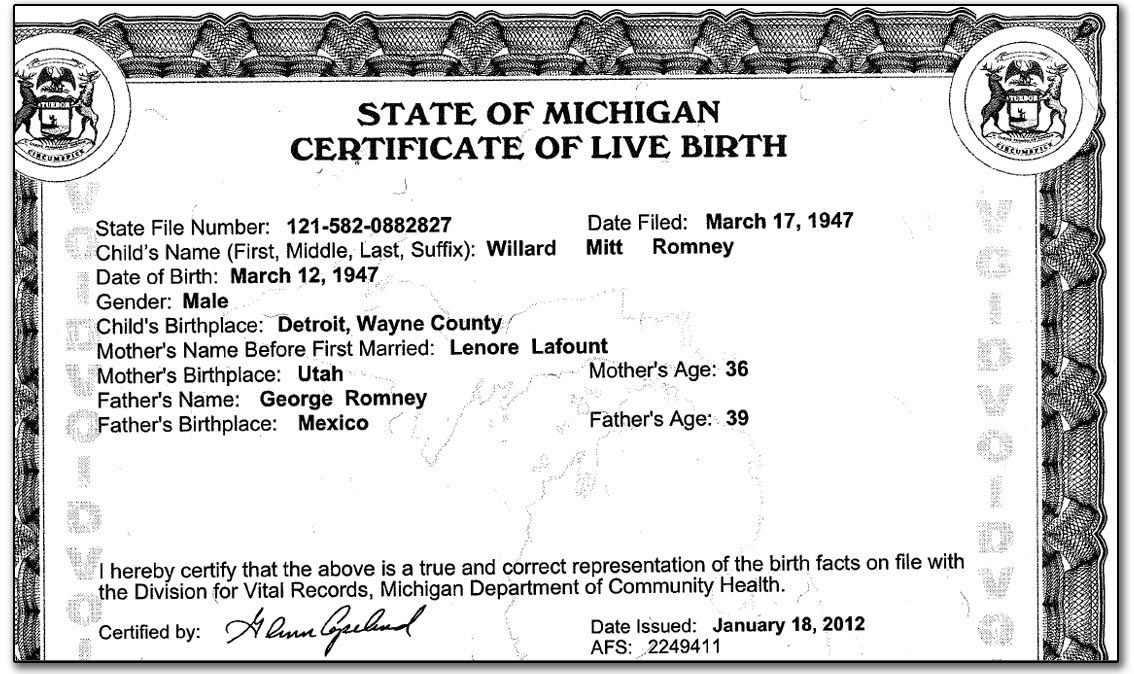 By asserting that nobody has asked to see his birth certificate, Romney is illustrating the undisguised racism that has fueled the birther movement. Of course no one asked a wealthy white man to prove his citizenship. Why would they? That’s only a question for foreign looking people who differ from the majority.

In the past week Romney has been complaining that much of the campaign has been about trivial matters that are distractions from issues like the economy and jobs that Romney says he wants to focus on. He whined about having to respond to questions about his tax returns, abortion, and Medicare. So apparently he is taking the initiative to raise the tenor of the campaign by reminding people that President Obama has been accused of being a Kenyan agent sent to deliver America into the hands of godless Muslims and socialists. That is the sort of substantive subject that Romney thinks the nation should be talking about.

Perhaps Romney is just offering a preview of the Republican National Convention Etch-a-Sketch that begins next week and will feature speeches by notorious birthers Donald Trump and Sheriff Joe Arpaio. The theme of the GOP event is “We Built That,” a dishonest, out-of-context reference to remarks Obama made in praise of the American system that has helped so many people to prosper. It is unlikely, however, that Romney will acknowledge that the Tampa Bay Forum where the GOP convention will be held, was built by mostly government funding. 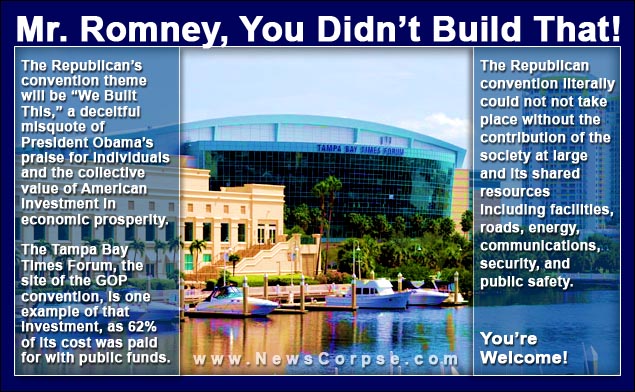 Judging by Romney’s latest attempt at humor, next week should be a barrel of laughs.

4 thoughts on “Mexican Anchor Baby Mitt Romney: No One’s Ever Asked To See My Birth Certificate”