One thing that has been well established through decades of media domination by Rupert Murdoch is that his will was supreme in the organizations he ran. He made virtually every decision of significance with regard to management, economics, and personnel. And he was never shy about imposing his worldview to slant the editorial content of his properties, whether dealing with opinion or hard news. 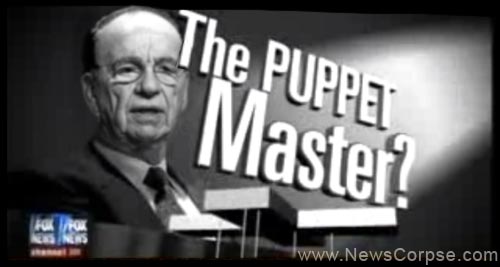 Politicians around the world were once obliged to pay their respects to the “Dirty Digger” if they hoped to succeed electorally. When he purchased a newspaper or television network his ultra conservative bias would replace whatever he found when he got there. Believe it or not, the New York Post was once a liberal publication (which would make more sense in New York City than the right-wing, money-losing rag that Murdoch transformed it into). The once revered Wall Street Journal always had a conservative opinion page, but since Murdoch’s acquisition the news section has abandoned its thoughtful, long-form journalism in favor of something more of the “yellow” variety.

However, in recent months the Murdochian monarchy seems to have been sapped of its power. There has been none of the reverential genuflecting to the man whose anointment was once compulsory. There has been scant evidence of his presence in the political backrooms where influence is administered. Part of the reason for this apparent weakening of his reign may be the fact that he continues to be embroiled in a consuming scandal in the U.K. that began with the discovery that his reporters were hacking into the phones and computers of hundreds of people, including celebrities, politicians, and even a murdered schoolgirl. The scandal has expanded to include charges of bribery and corruption in Murdoch’s newsrooms as well as British government and police operations.

But those affairs, as troubling as they are, do not fully explain Murdoch’s receding influence. The GOP candidates for president all but ignored Murdoch in 2012. And his presence amongst opinion makers has been negligible. More significant is the fact that his own news enterprises are openly rejecting his counsel. The most recent example is his Tweet following the Newtown school massacre. Murdoch wrote:

“Terrible news today. When will politicians find courage to ban automatic weapons? As in Oz after similar tragedy.”

Technically, fully automatic weapons are already fairly strictly regulated. It’s the semi-automatic types that are all too easily acquired, sometimes without any registration or background check required. But it’s clear that Murdoch was addressing the access to the sort of weapons and large-capacity ammunition clips used in Newtown and other recent scenes of carnage.

However, Murdoch’s advocacy of legal action to constrain the availability of these weapons is not shared by his most prominent news vehicle, Fox News. Fox has not disguised its opposition to reasonable regulations, nor its support for extremist groups like the NRA and the politicians who carry their message. Fox has not only advanced the gun rights movement on their air, but they have contributed to disseminating the most absurd conspiracy theories that circulate in the media fringes. And all of this goes on despite being contrary to the views of Fox’s alleged master, Rupert Murdoch.

Another example is Murdoch’s support for a liberal immigration policy. Murdoch even initiated a campaign with New York mayor Michael Bloomberg for immigration reform that would include a path to citizenship for currently undocumented workers. However, his Fox News is one of the most virulently anti-immigrant news operations in the country. They repeatedly use the dehumanizing slur “illegals” to refer to undocumented immigrants, and they portray them as criminals and low-life parasites on society. That editorial bias directly contradicts Murdoch’s personal and public position.

There is also the subject of Climate Change, which Fox News regards as a hoax aimed at exerting some sort of tyrannical control over businesses and individuals. They provide a platform for unsavory characters with no scientific expertise who rail against the volumes of peer-reviewed studies that have affirmed the dangerous warming of the planet. Fox hosts like Sean Hannity frequently mock as ignorant anyone who buys into what he believes is a global warming scam. But you have to wonder whether he is including Murdoch in that group. Murdoch has explicitly acknowledged that Climate Change is real and is caused by human activity. He has directed his company to take decisive steps to mitigate its carbon footprint and he created a division to manage these efforts. Nevertheless, his view is ridiculed on his cable news network.

These examples demonstrate a stark difference between the powerful Murdoch of the past and the more impotent version of the present. This is not the same Murdoch who once declared that he had tried to shape the Bush administration’s policy on Iraq. It is not the same Murdoch who called off his journalists in France at the request of his business partner Prince al-Walid bin Talal of Saudi Arabia (the largest shareholder of News Corp outside of the Murdoch family).

The frequency with which Fox News contradicts Murdoch is astonishing for an enterprise whose editorial personality has been so closely associated with that of its leader. It no longer appears that the Fox bias leans so strictly toward Murdoch. However, it does lean stridently towards Murdoch’s lieutenant, Roger Ailes, the CEO of Fox News. Ailes, a former Republican media consultant, has succeeded in turning Fox into the biggest source of revenue for Murdoch’s News Corp. He has also succeeded in turning Fox into a reflection of his own politics. The GOP candidates who brushed off Murdoch all paraded into Ailes’ office to get his blessing. And while Murdoch seemed to have little influence over the slate of candidates, it was Ailes who openly courted figures like Gen. David Petraeus and Gov. Chris Christie.

What might have been the impetus for this apparent transfer of power? Murdoch is not the sort of person to let go of the reins voluntarily. But at this time in the life of News Corp, there is an abundance of uncertainty. The phone hacking scandal has not only diminished Murdoch, but it has left the company without an obvious heir. Murdoch’s son James is as tainted by the scandal as Rupert. This leaves a power vacuum into which Ailes can insert himself. That objective may also be aided by Murdoch’s advanced age and possible infirmity.

The result is that Fox News continues to lean into far-right extremism, so much so that it openly contradicts the views of its chairman. It will be interesting to watch as this morality play proceeds. Should Murdoch decide to retire and pass the baton on to his children, Ailes may find himself in a bind. The only Murdoch in the company who is unscathed by scandal is his daughter Elizabeth. But she was an Obama supporter and her family viscerally hates Ailes. Her husband was quoted saying…

“I am by no means alone within the family or the company in being ashamed and sickened by Roger Ailes’s horrendous and sustained disregard of the journalistic standards that News Corporation, its founder and every other global media business aspires to.”

Ailes may be trying to consolidate his power within the organization, but without Murdoch’s support he is helpless. The Murdoch family has outright control of the company in their stock portfolio. In a Rupert-less News Corp it is likely that Ailes will decide to retire himself. Where the network would go from there is anyone’s guess.

However, this year there was plenty of chatter about how destructive Fox was to the goals of its patron, the Republican Party. The network took positions that alienated much of the public, including a growing Latino community, younger, more moderate voters, and women incensed by the overt insults and advocacy of legislation that regressed women’s rights by fifty years or more. That is not the way to win elections. Many in the conservative punditry for the first time criticized Fox as an obstacle to their agenda. That’s something that was done here long ago (see Fox News Is Killing The Republican Party).

In a second Tweet on the subject of guns, Murdoch called on the President take “bold leadership action.” That’s something that Murdoch hasn’t asked Ailes to do, nor has he done so himself. As the head of the top-rated cable news network Murdoch could arguably have more impact on this debate than the President. After all, anything Obama says about this is going to be dismissed by conservatives without even listening to it. However, Fox News speaks to them directly and they take their cues from the network’s stars. Therefore, Fox has a real opportunity to affect the debate and guide public opinion toward sensible legislation.

Ordinarily, I would not advocate that a news organization impose its views on their audience, but Fox is doing this already – only in the wrong direction. What they should do now, with Murdoch’s leadership, is correct their course. But don’t hold your breath. Ailes still appears to be in control, and Murdoch still seems to be incapacitated. If Obama does take “meaningful action” as he has suggested he would do, count on Fox News to bash him mercilessly for threatening to confiscate all guns and undermining the Constitution.