It was just last Wednesday that Shepard Smith of Fox News delivered a searingly honest monologue about Donald Trump’s relentless lies concerning the special counsel’s probe of his collusion with Russia and obstruction of justice. It was a timely effort to set the record straight as Trump gets more anxious and threatening toward Robert Mueller’s investigation. 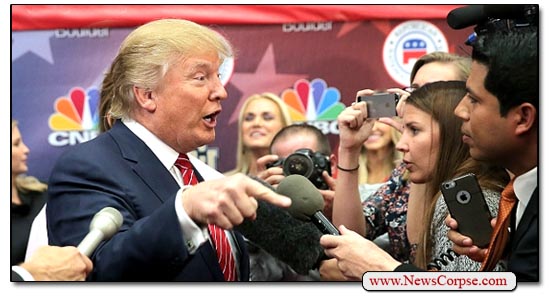 However, the surprising spectacle of a senior Fox News reporter being openly disparaging of the President may be getting more acceptable to the Fox brass. On Friday’s edition of Outnumbered, Fox’s politics editor, Chris Stirewalt, laid into the White House’s “useless” daily press briefings, which are hardly daily affairs anymore. There were five in June, and only three in July. And during a discussion on the subject, Stirewalt was unusually critical of Team Trump:

“I think we’re at a point where the White House briefs very rarely, and when they do it’s useless. We should stop the televised briefings. It’s counterproductive. It’s turned into showboat theater. No questions get answered. Well, not no questions. Substantive issues are not addressed. It has become a forum for personal achievement and political utility for the administration.”

Actually, Stirewalt was right the first time. Questions are not answered by this press secretary, Sarah Sanders. She routinely dodges and lies for half an hour, and then slips out of the room. But he was right about the administration using the briefings as a political tool to disseminate disinformation. He continued:

Exactly. Trump spends much of his time at his self-exalting rallies insulting the press. He points at them with a hostile glare and accuses them of lying and worse, treason. He encourages his glassy-eyed disciples to blast them with the sort of animus that can easily escalate to violence. He is inciting them to act in ever more dangerous ways that are almost certain to result in tragedy.

But Stirewalt does have a good idea, one that has been proposed before by media experts like Jay Rosen. The obvious futility of getting anything newsworthy from these briefings was apparent long ago. There is no journalistic need to cover them live because nothing urgent ever happens. The press can send interns and camera operators to record the snooze-fest and alert senior reporters if something important happens to shake loose. The result would be reporters would be freed up to do real journalism, and the White House communications office would have to find another platform for their propaganda.

Following Stirewalt’s righteous tirade on the uselessness of Trump’s press briefings, host Harris Faulkner ignored every point that he made in order to pivot into a tribute to the Trump administration. Because you can’t go for more than a minute or two on Fox News without lavishing the White House with undo praise. Faulkner applauded Trump for scheduling a press conference with members of his national security team. That event was pure photo-op with partisan insiders bragging about what a great job they were doing on preventing any new cyber attacks on the upcoming election. And they managed to do that without providing any details whatsoever on the activities they were allegedly engaged in.

Harris went further to demean CNN’s Jim Acosta for asking Sanders if she thinks that the media is the enemy of the people. She implied that maligning the media in Stalinist language was hardly worth paying attention to and that Acosta’s question was, therefore, a trivial waste of time. Shortly thereafter, co-host Trish Regan chimed in with her opinion that “the majority of Americans” look at CNN and MSNBC and “realize that they have a very extreme bias.” And yes, she was saying this on a Fox News program where four out of five panelists were overtly conservative supporters of Donald Trump.

It would be interesting to see what would happen if the press actually failed to show up for these briefings. Would the White House learn a lesson and begin to make them more substantive? Well, let’s not get ridiculous. This White House would just whine that the media was being mean to them and book some more rallies where Trump could clown around for his cult followers. But at least Trump’s ability to funnel lies to a captive audience would be gone, and reporters could go back to doing what they became reporters for.

The evidence that Fox News is just Donald Trump’s in-house propaganda ministry keeps growing with each new day. The network seems to have no bottom with regard to blatantly biased support for, and adulation of, Dear Leader. And the argument that they have two separate types of programs – one that is opinion based, and one that is “news,” is repudiated on a regular basis by their own reporting. 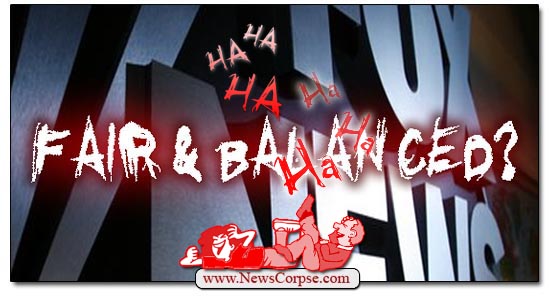 America’s Newsroom on Fox News is supposed to be one of their allegedly “straight” news shows. However, on Friday’s edition of the program Mercedes Schlapp, Trump’s White House director of strategic communications (whatever that is), was interviewed. The discussion included a question about the “contentious moment between Sarah Sanders and Jim Acosta of CNN.” That was when Acosta asked Sanders to acknowledge that the media is not the enemy of the people. Sanders pointedly refused to to do so – twice. And now Schlapp was being given another opportunity to set the record straight. But instead, she said this (video below):

“Fake news is dangerous. We know for a fact that many of these so-called news reporters go out there have a complete disdain for President Trump. It’s no wonder that we’ve seen that 90% of the media coverage for President Trump has been negative.”

Schlapp went on to whine about how Trump and company are helpless victims who have been mercilessly attacked by the all-powerful media. Poor babies. She cited blistering assaults with examples that they have been “called names” by journalists. Gee, Trump would never do anything so unspeakably hideous, would he? And to this pitiful rant, Fox’s host, Bill Hemmer (who is rumored to be a candidate to succeed Sanders as press secretary) said:

“I don’t think you should be defensive about this. You need to go on offense. And I know that’s a big part of why you came on today.”

Then they all had a good laugh when Hemmer asked Schlapp if she was “tired of winning.” What we have here is the Fox News anchor advising the Trump shill to be more offensive, as if that were possible. Just Thursday night at his cult assembly in Pennsylvania, Trump himself escalated his war on the press by calling them the “disgusting fake news,” and “horrendous people.”

Hemmer’s not-so-subtle coaching of Schlapp may have been an attempt to add a new clip to his audition reel for the job at the White House. After all, he’s facing stiff competition from three other Fox Newsers: Heather Nauert (currently stationed at Trump’s State Department), Kimberly Guilfoyle (Don Jr’s new girlfriend who was recently terminated by Fox for sexual misconduct), and Tony Sayegh (now on duty at Trump’s Treasury Department).

This abundance of candidates all from the same network shouldn’t surprise anyone. Trump spends much his day watching Fox News and is advised regularly by people like Sean Hannity, Jeanine Pirro, Lou Dobbs, and the “Curvy Couch” potatoes of Fox and Friends. Plus his brand, spanking new Deputy Chief of Staff for Communications is former Fox News president, Bill Shine. He was also recently jettisoned by the network for enabling and covering up the sexual misconduct of big shots like Roger Ailes and Bill O’Reilly. So Hemmer would fit in nicely with this wholesome group of cretins, don’t you think?

"Fake news is dangerous. We know for a fact that many of these so-called news reporters go out there have a complete disdain for President Trump." pic.twitter.com/eFUDvZ0LcT