Joe Biden has only been president for one month. In that short span of time he has accomplished much, including drafting a COVID relief bill (that Republicans oppose); undoing Donald Trump’s efforts to sabotage Obamacare; rejoining the Paris Climate Accords and the World Health Organization; introduced a comprehensive immigration reform bill; all while battling on behalf of working people to raise the minimum wage to $15.00 an hour.

Meanwhile, Fox News is working overtime to malign Biden’s achievements by inventing controversies that strain credulity. They are so bereft of legitimate criticisms that they are attacking the romance in Jill and Joe Biden’s marriage, and the grooming of their dogs. That’s a state of desperation that is truly transcendent.

Among the most prominent scandal mongers is Fox’s “Judge” Jeanine Pirro. On Saturday night she delivered an opening monologue that chastised Biden for an array of offenses that exist only in her perverted mind. She contrived nightmarish scenarios of “a daily caravan of 3,000 untested, unvaccinated illegals … being released into our towns, cities, and villages.” That’s a flagrant lie. Any immigrants granted entry into the U.S. have been tested affirmed negative. Pirro also whined that “Joe Biden says we won’t be in the clear on COVID until Christmas. And he wants us double mask. I don’t know about you, but I can’t breathe with one mask.” Her diatribe went on, saying that…

“It has been one month since Joe Biden has assumed the role of commander-in-chief. In that one month we have gone from President Trump’s policy of “America First” to Biden’s new policy, “America Last.”

Notice that Pirro places the prefix of “President” before Trump’s name, but not Biden’s. This is her way of perpetuating the Big Lie that Biden stole the election and that Trump is still president. Then she introduces what she thinks is the clever bastardization of Trump’s slogan “America First,” which he stole from early 1900’s American fascists. She continued…

Pirro apparently doesn’t regard the storming of Congress by violent, anti-democratic hordes to be indicative of the end of an empire. But she does believe in rattling off a bunch of policies (globalism, open borders, etc.) that Biden has never supported. And she still isn’t through…

“We are watching in real time the take down of America, attributable to Joe Biden’s “America Last” policy.”

Once again, a forced invasion of the Capitol by murderous cretins proudly bearing flags representing the Confederacy and the Trump Cult is a far more literal “take down of America” than Biden’s agenda advancing the rights and welfare of working people.

Pirro utterly failed to make any case for her accusations. It was simply a spittle-inflected barrage of invectives and purposeful lies. And it was emblematic of what Fox News does every day to disparage the majority of the American people who value the progressive ideals embodied in the Constitution.

Last November the American people made it clear that they favor inclusion over prejudice, unity over division, and freedom over authoritarianism. And nothing that Pirro and Fox News says or does will change that.

It has been one month since Joe Biden has assumed the role of Commander in Chief. In that one month, we've gone from President Trump's policy of 'America first' to Biden's new policy… America last. #OPENINGSTATEMENT pic.twitter.com/dLnZO2P0K8

The apologists for Donald Trump scattered furiously to defend him after the January 6th attack on Congress by the Trump Insurrectionists. Some said that he didn’t overtly incite the riots by telling his cult followers to engage in violence. Others said the rioters were actually Antifa provocateurs disguised as MAGAts. Both of those excuses have been thoroughly contradicted by the facts. 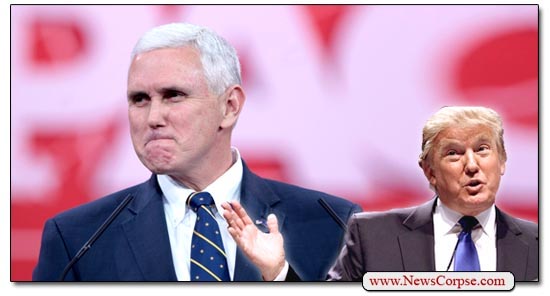 On Sunday morning there was a new justification offered to explain Trump’s responsibility for the assault that resulted in at least five deaths and many more injured. Not to mention the stain on American democracy by people who hate the very thought of it. Marc Short, the former chief of staff to Mike Pence, was interviewed on CNN and asked about Trump’s inflammatory behavior that led to the riots. He replied that…

“I think, unfortunately, the President was getting bad advice from people who had articulated that the Vice-President would have some sort of extraordinary powers that had never been used before in the history of our country during Electoral College meetings and certifications by Congress. So that’s what we were heading into on the 6th [of January]. But I think that the Vice-President knows he swore an oath to the Constitution and was gonna fulfill that.”

“When you say the President was getting bad advice it sounds though like you’re trying to take responsibility away from the President” pic.twitter.com/d0rBcoHcP3

This answer serves a dual purpose. First, it’s an attempt on Short’s part to absolve his former boss and Trumpy lapdog, Pence, of any liability. But more significantly, Short is trying to place the blame for Trump’s months-long incendiary and seditious rabble-rousing on unnamed “advisers” leading Trump astray.

The problem with this weaselly strategy is that it ends up holding no one accountable. But even worse, it implies that Trump is so stupid that he took advice that was legally preposterous and manifestly unconstitutional. Trump’s stupidity will not come as a shock to anyone. But the fact that Pence’s top aide is proposing it to vindicate Trump reveals that the Trump contingent has run out of plausible excuses.

In the meantime, Another Trump flunky, Republican minority whip Steve Scalise, continues to perpetuate the Big Lie that sparked the Trump Insurrection in the first place. After all the time that has passed – and the evidence that has been revealed – Scalise still can’t say without qualification that Joe Biden was elected legitimately. This is the sort of dangerous rhetoric that will fuel the next series of riots.