The stench of desperation at Fox News is thick enough to choke an elephant. Try as they might, they can’t seem to construct a plausible dystopian nightmare centered on the budding presidency of Joe Biden. It doesn’t help their cause that in Biden’s first month in office he’s already racked up an impressive array of achievements. 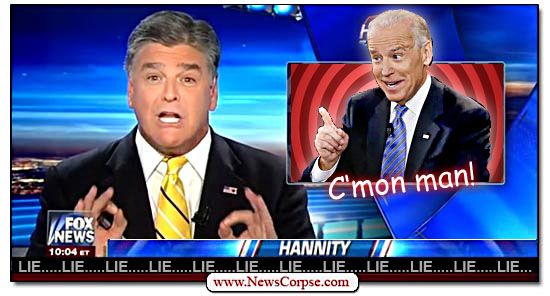 Among the first four weeks of work Biden has drafted a COVID relief bill (that Republicans are blocking). He’s restoring Obamacare to the state prior to Trump’s sabotage of it. He rejoined the Paris Climate Accords and the World Health Organization. He’s introduced a comprehensive immigration reform bill. And he’s addressing income inequality with plans to raise the minimum wage to $15.00 an hour.

No wonder the Debbie and Donnie Downers at Fox News are in a panic. They have nothing to rage about. Some of their recent misfires include blaming the Texas storm catastrophe on the Green New Deal, which has not been enacted into law; celebrating Donald Trump’s allegedly enduring popularity as represented by “spontaneous” rallies that were planned long in advance; and mocking the marriage of Jill and Joe Biden for being too romantic. Seriously, that’s all they’ve got.

One other tool in their propaganda workshop is to manipulate their editorial decisions to erase Joe Biden from the news cycle. To date Fox News has not aired a single White House press briefing, which the Biden team has returned to doing daily. Nor have they aired a single press conference by the White House COVID-19 Response Team. Recall that Fox News aired every similar meeting during the Trump administration, live and uninterrupted, along with his campaign rallies and staged photo-ops. The only coverage Biden is getting on Fox news are stories they can tarnish with negativity and lies.

Friday morning, Fox was the only national news network that failed to carry Biden’s first major foreign policy address before the Munich Security Conference (video below). He articulated the triumphant theme that “America is back.” It was a substantive discussion of critical national security issues including NATO, the coronavirus, China trade, Russian espionage, climate change, Iran nuclear pact, and the winter storm wreaking havoc on Texas and much of the eastern United States. But none of that was deemed newsworthy by Fox.

This banishment of all things Biden by Fox News is a deliberate attempt to disappear the new president. They have made an editorial decision to pretend that Biden doesn’t exist or is doing nothing. It’s the impression they intend to burn into the weak minds of their viewers. And at the forefront of this effort is Sean Hannity, who is himself pretending that he doesn’t know where Biden is:

“Where is our commander-in-chief? You know, that new guy? Oh, that’s right! This morning, he decided to take a snow day. The guy ultimately in charge of FEMA and all of the country’s emergency resources and federal agences (sic)? Yeah, he took a day off in the middle of this natural disaster. Where’s the feigned phony, selective liberal outrage on this? […] To be fair, it’s not even really totally clear that Joe even fully understands what’s going on in Texas.”

First of all, if Hannity can’t find Biden it’s just because he’s only watching Fox News where Biden has been cloaked in invisibility. It’s also interesting that Hannity is admitting that he can’t find any “phony liberal outrage.” But that’s because none of the liberal outrage is phony. It’s all entirely authentic and warranted. More to the point, and contrary to his infantile insult, it’s Hannity who doesn’t seem to understand what’s going on in Texas.

The basis for Hannity’s perversion of reality is a repot that the White House Communications Office “called a lid” on Thursday morning. Hannity, due to either dishonesty or ignorance, interpreted that as Biden taking the day off. But a “lid” isn’t a work holiday. It only means that there wouldn’t be any press avails for the rest of the day. Everyone, including the President, is still working. In fact, on the same day Hannity said was a “snow day” Biden phoned Texas Gov. Greg Abbott, and he also approved emergency declarations in Texas, Oklahoma and Louisiana.

It’s ironic that Hannity would choose to take this time to take Biden to task for being AWOL on Texas. Sen. Ted Cruz (Q-TX) was just chastised for jetting off to Cancun while his constituents were back home freezing and dying. Humiliated, Cruz returned to Texas, but rather than getting to work on behalf of the people he purports to represent, he immediately rushed to do an interview on Fox News with – that’s right – Sean Hannity.

Hannity, not surprisingly, spent much of the segment excusing Cruz’s insensitive and tone-deaf Mexican vacation jaunt. He didn’t say a word about Cruz’s “snow day” or “taking the day off.” (Actually, it was four days). It was an Olympian exercise in hypocrisy that could win gold medals. And it’s more evidence that Hannity, and the rest of his confederates on Fox News, simply cannot be taken seriously.