Late Friday, in response to a request from Texas Governor Greg Abbott, President Obama signed an order declaring Texas a disaster area. The action makes federal funds available from the Federal Emergency Management Agency (FEMA) and other government sources for recovery efforts in the area affected by severe storms and flooding. 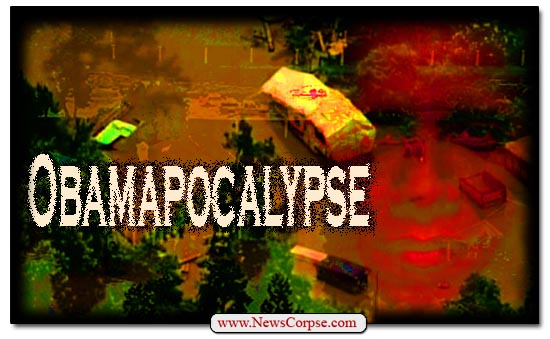 Who does the President think he is calling the great state of Texas a disaster? The fact that he feels free to fling this insult is further evidence of the animus that Obama has for Texas and its citizens. It was only a few short weeks ago that Obama’s Storm Troopers (aka United States Armed Forces) designated Texas as “hostile” territory during preparations for the Jade Helm 15 invasion and subjugation of the state. Now he is granting himself additional powers to deploy his real “storm” trooping henchmen to impose “order.”

This appalling new development flies in the face of the defenders of liberty who cherish the freedom for which Texas stands. This includes former patriots like Sen. Ted Cruz and Rep. Louie Gohmert who bitterly objected to using taxpayer dollars to bailout the moochers who complained following other natural disasters like Hurricane Sandy, but who are now complicit to the White House conspiracy. Remember, it was not long ago that former governor Rick Perry was holding rallies to “Pray for Rain.” Apparently God has answered those prayers.

However, the tyrants in Washington, D.C. are not fooling the real Americans in Texas with their phony declarations that are merely cover for more widespread abuses to our civil liberties. The language in the disaster declaration includes ambiguous code words for carrying out “hazard mitigation measures.” What is stopping the Feds from invoking that language to confiscate guns from law-abiding patriots, detain “dissidents,” and/or impose martial law? This plot is still so clandestine that even Glenn Beck and Alex Jones have not caught on.

As the illegitimate government proceeds with its agenda of oppression they will employ the media to brainwash the gullible masses with propaganda that attributes simple rain storms to allegedly catastrophic myths about Climate Change. An example of this deception was recently exposed by the media watchdogs at NewsBusters whose headline blared “NBC Continues Media Push Blaming Flooding in Texas, Drought in California on Climate Change.” The article sought to highlight the hypocrisy of attributing both storms and droughts to the specious scientific theory. Even though the “experts” agree that such changes in the Earth’s atmospherics can occur as climate patterns are transformed by the accumulation of greenhouse gasses, heroic science deniers refuse to fall for the scam.

Even more impressive was the observation by NewsBusters that NBC deliberately skewed its reporting to ignore the positive side of torrential rains that have so far claimed the lives of 25 people and destroyed thousands of homes and businesses. NewsBusters noted that the current rainfall followed years of drought and “As opposed to expanding upon on the benefits of this news, [NBC reporter Miguel] Almaguer decided to invoke climate change.” Can’t these people see the bright side of anything?

Given the threats that are so apparent, Americans must be on their guard against efforts by aspiring dictators to enslave the population. And declarations of so-called disaster areas may be the first step toward complete slavery. This administration has proven that it is determined to breach the Constitution via its assault on the long-cherished American principles of gun fetishism and Christian supremacy. Notice how Obama has nearly depleted the nation of firearms already, and devout Christians are victims of rampant discrimination. The message to patriots is: Now is not the time to surrender (you crazy motherf*ckers).