The Daily Beast published an article today that recounted events leading up to the 1990 divorce of Donald Trump and his ex-wife Ivana. All of the material was taken from public records as revealed in a contemporaneous book: Lost Tycoon: The Many Lives of Donald J. Trump, by Harry Hurt III. 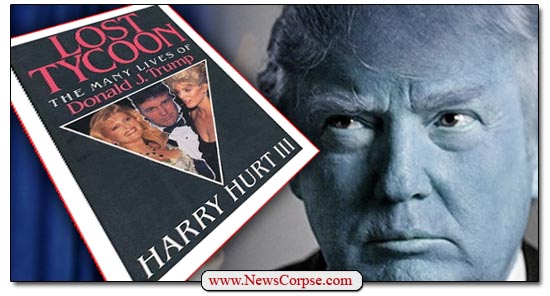 Some of the more salacious chapters included an allegation by Ivana that Trump had raped her. While her current account of the situation has been softened to characterize it as something that made her feel “violated,” the description still sounds very much like rape. However, the details of that sordid affair are not what this article is about.

When contacted by the Daily Beast, Trump’s lawyer, Michael Cohen, went into full meltdown mode. He made some rather remarkably repulsive comments in defense of his client. For starters, he attempted to dismiss the allegations outright because, in his words, “You cannot rape your spouse. There’s very clear case law.” For an attorney to make such a statement is not only an egregious misstatement of fact, it is downright dangerous as it could lead to others committing heinous crimes believing that they are immune from prosecution based on Cohen’s false assertion. There is no exemption from laws prohibiting rape if the rapist is married to the victim.

But Cohen wasn’t finished. Hoping to intimidate the reporters he leveled an unbelievably harsh verbal assault that sounded more like a Mafioso delivering a mortal threat. Here is how he hoped to gently persuade the reporters from publishing their story:

“I will make sure that you and I meet one day while we’re in the courthouse. And I will take you for every penny you still don’t have. And I will come after your Daily Beast and everybody else that you possibly know,” Cohen said. “So I’m warning you, tread very f*cking lightly, because what I’m going to do to you is going to be f*cking disgusting. You understand me?”

“You write a story that has Mr. Trump’s name in it, with the word ‘rape,’ and I’m going to mess your life up… for as long as you’re on this frickin’ planet… you’re going to have judgments against you, so much money, you’ll never know how to get out from underneath it,” he added.

The only thing Cohen left out was the severed horse’s head in the reporter’s bed. Cohen later issued an apology for the comment about rape law, acknowledging that his prior interpretation was false and blamed it on his “shock and anger” at the charges in the Daily Beast’s article. Of course none of those charges were made by the reporters who were simply recounting events that had already been published years ago. Cohen did not, however, apologize for his overt threats to “mess up” the lives of the reporters in a “f*cking disgusting” way.

What is most disturbing about this is that it aligns very closely to the sort of rancid rhetoric that is the hallmark of Cohen’s client, Donald Trump. He has only been a candidate for a few weeks and he has already called immigrants criminals and rapists; he has disparaged a veteran and prisoner of war saying that he is not a hero; he has given out the private phone number of a political rival; and he repeatedly insults his critics as stupid, ugly, losers, and worse. And when confronted with his petulant boorishness, he will not only refuse to apologize, he will reiterate his vulgarities with even greater emphasis.

It’s a good thing that his aspirations to be president are a deranged fantasy with zero hopes of being realized. Because the thought of having someone like that representing the American people seems like a bad plot from a 1950’s horror movie. But the horror is not alleviated just because he is certain to flame out. There is still the painful reality that an astonishing number of misguided Americans regard him as presidential. That is going to be hard to live down.