Last month Kate Steinle was killed while walking with her father on a pier in San Francisco. Her tragic death very quickly took on a tabloid hue as conservative media outlets latched unto the news that an undocumented immigrant was arrested for the crime.

To the political opportunists exploiting this tragedy it was a chance to vilify all immigrants as menacing invaders who will eventually resort to committing atrocities. Fox News in particular went to great lengths to build a narrative of legions of “illegals” swarming the nation and randomly murdering innocent citizens. 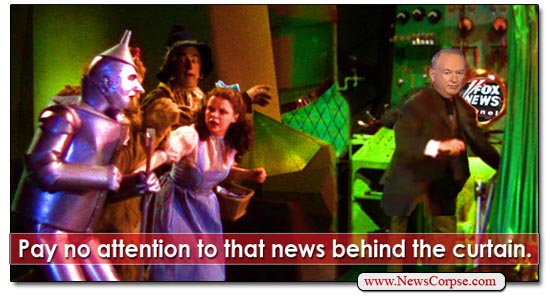 Because the suspect, Juan Francisco Lopez-Sanchez, had recently been released from custody by the San Francisco Sheriff’s Department, the issue of “Sanctuary Cities” became a central target of the media criticism. Bill O’Reilly took a leading role in the fear mongering and even launched a drive to pass what he called “Kate’s Law:” legislation that would impose a mandatory five year sentence for undocumented aliens who are deported and return to the United States.

The merits of such a law could be reasonably debated, but the partisan atmosphere surrounding its introduction and its advocacy by an alleged “news” network were entirely inappropriate and created a distraction from the substance of the matter. What’s more, O’Reilly’s hypocrisy was evident in that he never advocated for legal remedies following the deadly shootings in a Lafayette movie theater, or a Charleston church, or a Connecticut elementary school. In those cases there was no convenient scapegoat to demonize, just the shared constant of gun violence which right-wingers regard as an acceptable consequence of their perceived right for any person to bear any arms at any time or place.

In addition to O’Reilly’s activism, the proposed bill was taken up by at least two Republican presidential candidates. Sen. Ted Cruz introduced a draft of the bill in the Senate. But it was Donald Trump who elevated the issue to ludicrous heights. He brought it up repeatedly during his campaign stump speeches and used it as a perverse affirmation of his previous racist comments aimed at immigrants who he called criminals, drug dealers, and rapists. Never mind that the undocumented immigrant population in the U.S. has a lower rate of criminal activity than native-born citizens. So far as Trump is concerned, having one example of a felonious immigrant is enough to label all immigrants as felons.

There is just one problem. Now that the conclusion jumpers have made their case against Lopez-Sanchez in the Steinle matter, the inconvenient unveiling of facts discovered from the actual police investigation are getting in the way of their anti-immigrant narrative. It turns out that the shooting might not have been a senseless act of brutality by a foreign animal. The evidence presented in the suspect’s preliminary hearing by a police inspector indicates that Steinle’s death appears more likely to have been an accident.

“The single bullet that struck and killed Kate Steinle, 32, in broad daylight on San Francisco’s Pier 14 in July appears to have ricocheted off of the pier walkway prior to hitting her, according to expert testimony provided Wednesday during the second day of the murder suspect’s preliminary hearing. Officials say the gun Francisco Lopez Sanchez is accused of firing was not actually pointed at Steinle, but at the ground.”

So this wasn’t a case of a sub-human alien thug mindlessly exterminating America’s helpless womenfolk after all. This evidence is consistent with reports published following the arrest of Lopez-Sanchez who told the police in his confession that he had found the gun and fired it accidentally. It’s a striking new development that destroys the right’s ability to exploit this affair to further vilify immigrants.

So how does Fox News handle these revelations? By ignoring them entirely of course. After making the Steinle killing a staple of their programming for weeks, Fox has not aired a single story about the disclosures in the preliminary hearing. And naturally, Bill O’Reilly said nothing about it on his program last night. This new information is a complete embarrassment for O’Reilly and his network who mischaracterized the facts for their own purposes before they actually had any. So now they have to suppress the story in order to keep from having to apologize and retract their prior biased reporting.

This, however, is standard operating procedure for Fox News. They have never been concerned about factual reporting. Their entire reason for being is to propagandize on behalf of an extreme right-wing agenda. Therefore, early speculative stories that cast negative aspersions on their ideological enemies are broadcast frequently and with little vetting. But when exculpatory evidence later becomes available it is dismissed and ignored so as not to contradict their previous false perversions of journalism. It’s dishonest, irresponsible, unethical, and it’s the Fox way.

6 thoughts on “Buried By Fox News: Shooting Of SF Woman By Immigrant Was An Accident”