Now that is it’s all over, it turns out that the hype that engulfed Donald Trump’s appearance on Saturday Night Live was more entertaining than the actual show. There are barely any reviews that have anything positive to say about either Trump’s performance, or that of the regular cast and writers. 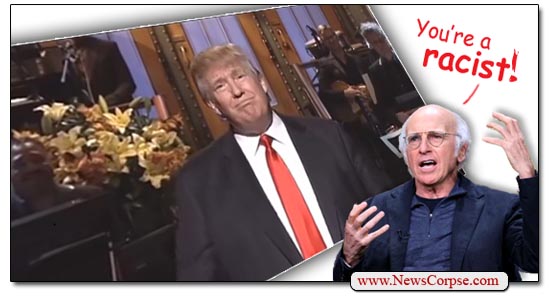 The big problem with Trump hosting the show, and the reason the protests were so pronounced, was never about the debate between opposing political ideologies. It was about the noxious validation of an unrepentant hate monger. Would SNL proffer an invitation to a KKK leader if they thought it would produce big ratings? One can only hope not. Likewise, the role of political satire is not to suck up to the rich and powerful, but to slather them in mockery. On that level SNL failed miserably.

Even with regard to ratings, SNL failed to achieve much of a victory. The program did not break any records. It did exceed their other programs over the past three years (not a long time frame for a show that’s been on the air for more than forty years), but fell below such non-talents as Sarah Palin and Charles Barkley. And the reviews for Trump were decidedly unflattering to say the least. Here’s a short sampling of the damage:

The last two in this list were specifically included to show that it isn’t just the “liberal” media ganging up The Donald. Gutfeld’s paranoid observation that there was a conspiracy by the writers to tank Trump is especially ludicrous. Why would they do so knowing that it would make them look just as atrocious as their star? They have their own careers to consider.

The one moment in the show that was universally applauded was Larry David’s heckling of Trump’s opening monologue wherein he called Trump a racist. David was cashing in on the actual offer by Latino activist group Deport Racism to pay $5,000 to anyone in the SNL audience who called Trump a racist on the air. The group says that it will honor the offer and pay the prize to David (not that he needs it). SNL’s attempt at a preemptive strike to dilute the impact of an audience member disrupting the show backfired because David’s disruption got far more people talking about Trump’s bigotry than an unknown person in the audience would have.

Trump, on the other hand, was stiff and painfully humor-challenged. What’s worse, he managed to make himself appear even less presidential than he has on the campaign trail this year (not an unimpressive feat). It probably won’t hurt him among his supporters because, by definition, their judgment is pitifully defective.

But the real losers in all of this are NBC, who reversed their pledge to cut ties with Trump due to his offensive remarks, and SNL, who are demonstrating a crushing weakness in what should be their core comedic competence. It’s a sad decline for the program that seems to be accelerating downward. And following this disgraceful capitulation to a bully bigot, you have to wonder what’s next for SNL. 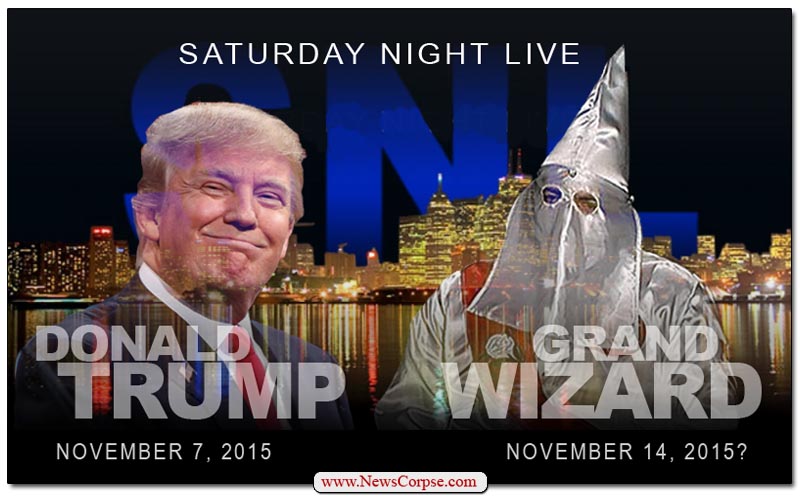 18 thoughts on “The Reviews Are in: Donald Trump Bombs On SNL”