The Republican candidates for president are preparing for their next televised debate tomorrow on the Fox Business Network. It is rather peculiar that FBN was selected as a debate host considering that their program ratings are so low that Nielsen doesn’t even publish them. This debate was a gift from the Republican National Committee to their benefactor and overlord, Rupert Murdoch, who is desperate for anything that might goose the numbers. 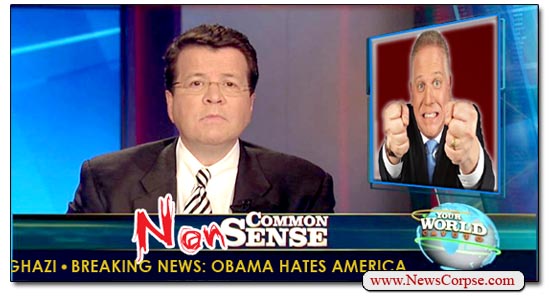 In the wake of the last GOP debate on CNBC, FBN is facing certain challenges to their production. The candidates were so outraged at what they regarded as unfair treatment that they banded together in a show of unity to force all the subsequent debate hosts to bend to their will. Embarrassingly, they couldn’t even manage that protest and eventually dropped their demands.

Still, there will be competing pressures on FBN and their moderators, Neil Cavuto and Maria Bartiromo. Candidates will watching to see if they are hammered with “gotcha” questions (which to Republicans are any questions they can’t answer). But if the moderators go soft they will be pilloried as stooges for the GOP who didn’t have the cojones to address serious issues or differences between the candidates. It will be interesting to see how they walk that tightrope.

There may be some surprises, but for the most part this debate will shun controversy. What can be assumed with some confidence is that the moderators will avoid anything that might reflect badly on the candidates. They will skew closely to the Fox News bias in favor of electing Republicans. Questions will framed as how the GOP will differ from the commies in the other party. And leading that parade will be Neil Cavuto, the Glenn Beck of business news.

Cavuto’s presence on Fox News and Fox Business (where he is the Senior VP and Managing Editor) is a relentless barrage of hyper-partisanship and crackpot conservatism. His commentaries are boorish assaults on Democrats and liberals. He is a serial interrupter of anyone who holds a different opinion than his. And his analysis always manages to put progressive policies and achievements in a negative light. For instance, he was fond of calling the historic market gains that occurred in Obama’s first term as a “bear market rally.” And that was when he wasn’t calling it the “Bush recovery.”

For your entertainment pleasure, the list below demonstrates some of his more outlandish pronouncements:

This is the sort of fringe crackpottery that is right at home on Glenn Beck’s TheBlaze or Alex Jones’ InfoWars. But Cavuto practices it on both his Fox News and Fox Business shows. He invites guests to appear with equally outlandish conspiracy theories with which he generally agrees. He engages in non-stop, brazenly partisan, propagandizing on behalf of the conservative agenda of his network bosses, Roger Ailes and Rupert Murdoch. Cavuto is a Tea Party boosting, climate science denying, harbinger of economic Armageddon. And tomorrow night he will moderating a Republican primary debate. Should be fun.