After months of painstaking research and investigation, the FBI has finally concluded their inquiry into Hillary Clinton’s use of a private email server and the legal implications involved. The bottom line as revealed in an unusually detailed public statement by FBI Director James Comey is that “there was no intentional misconduct” and that “no reasonable prosecutor would bring such a case.” 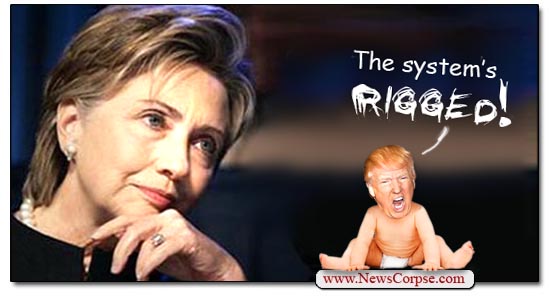 Comey concluded his statement saying that “we are expressing to Justice our view that no charges are appropriate in this case.”

Comey: In looking back at our investigations into mishandling or removal of classified information, we cannot find a case that would support bringing criminal charges on these facts. All the cases prosecuted involved some combination of: clearly intentional and willful mishandling of classified information; or vast quantities of materials exposed in such a way as to support an inference of intentional misconduct; or indications of disloyalty to the United States; or efforts to obstruct justice. We do not see those things here.

To be sure, the investigation brought out numerous concerns about the carelessness of Clinton and others with respect to the handling of classified information. Comey enumerated the instances of documents that were classified at some level from among more than sixty thousand emails reviewed, including 110 e-mails in 52 e-mail chains. And he was not reticent in his summation of the results.

However, some of the most persistent conspiracy theories from Clinton’s opponents were notably disclaimed. For instance, the allegations that the inquiry would be biased in Clinton’s favor, or that President Obama or others in government would improperly interfere with the FBI’s work were soundly repudiated. Comey led off with a forthright statement saying that “I have not coordinated or reviewed this statement in any way with the Department of Justice or any other part of the government. They do not know what I am about to say.”

Additionally, Comey put to rest the suspicions that Clinton had furtively deleted potentially damaging emails prior to turning them over to the State Department or the FBI. He said that he “found no evidence that any of the additional work-related e-mails were intentionally deleted in an effort to conceal them.”

And while Comey did express his belief that the possibility of a hostile intrusion into Clinton’s computer system existed, he concluded that “we did not find direct evidence that Secretary Clinton’s personal e-mail domain, in its various configurations since 2009, was successfully hacked.”

There is plenty of chum in the FBI’s review to keep both Clinton’s supporters and opponents busy for several days. But the failure to find any justification for recommending criminal charges will likely result in this matter eventually having a diminished role in the current election cycle.

However, that will not stop Republicans and Fox News from attempting to blow up the issue in the same manner that they did to Benghazi, another pseudo-scandal for which the right failed to find any significant wrongdoing after years of costly and partisan investigations. Already Donald Trump has tweeted that “FBI director said Crooked Hillary compromised our national security. No charges. Wow! #RiggedSystem.”

Of course, the FBI director said no such thing. Comey never mentioned national security in his statement at all, nor implied that it had been compromised. What’s more, Trump’s allegation that the system is “rigged” is a serious charge. Exactly who does Trump believe is responsible for the alleged rigging? It would have to include Comey himself, a man whose integrity is respected by everyone in Washington, Republicans and Democrats alike. If Trump and his GOP colleagues think that Comey is corrupt he should come out and say so and provide his evidence. Don’t hold your breath.

This statement by Comey will not put an immediate end to the furious debate over Clinton’s behavior with regard to her email. We are, after all, in the midst of a bitter campaign for president and her opponent is the most vulgar purveyor of crass insults and juvenile whining this country has ever seen. But in the end it will likely die down to an annoying roar from desperate partisans as voters begin to focus on the bread-and-butter issues that actually impact their lives. In the meantime, fasten your seat belts, it’s gonna be a bumpy ride.

One thought on “FBI: No Charges For Hillary Clinton. Cue The VRWC Charges Of ‘Rigged System’”