In the waning days of this surreal election year, tempers are fraying beyond cognitive sustainability. For those with functioning brain stems, just the thought of Donald Trump as president is unfathomable. There is simply no sane explanation for this narcissistic wannabe dictator even being competitive in the race for leader of the free world. At least not without contorting the imagination into a bizarro glob of Silly Putty. 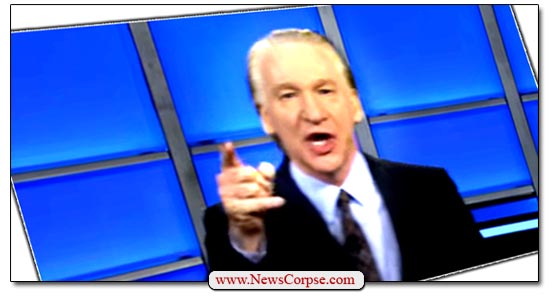 No one knows this better than comedian and social observer Bill Maher. But the the strain is even beginning to show on him. In Friday’s episode of his HBO program Real Time, he is obviously at his breaking point with regard to the election and the media’s coverage of it. After noting some examples of the absurd obsession the press has for irrelevancies and false equivalence, Maher explodes. He stares directly into the camera and shouts “Media – Do your fucking job!”

That’s a sentiment that many have been expressing for more than a year. The American people watched with confusion as cable news surrendered their air to Trump’s rambling, racist diatribes. Hour after hour, Trump ranted incoherently with no balance from opposing candidates or the press. And as the campaign wore on, allegedly professional journalists treated Trump’s ignorance and hate-speech as if it were acceptable political discourse.

Maher addressed these failings with the sharpness of a properly jaded humorist. For example:

“The FBI says Americans should look out for terror attacks on Monday. They said they would do it, but they’re so busy with Hillary’s emails from 2009.”

“A terrorist attack – that would be such a nightmare scenario. To watch terrorists ruin our election after all the work Russia has put into doing that.”

Maher noted that “We have reached peak insanity.” What’s really troubling is that that may be an understatement. He also noticed the disturbing relationship between Trump and Russia that the media mostly ignores:

“Republicans are trying to elect a sexually assaulting psychopath who, if not a Russian agent, is unwittingly working as one. And people in America are saying “Well, it’s better than Hillary.” No it’s F**KING not!”

4 thoughts on “Watch Bill Maher Passionately Beg The Media To – ‘Do Your F**KING Job!’”