FBI insiders have spent much of the past week leaking dubious data about Hillary Clinton to Donald Trump’s campaign. It’s a horrifying state of affairs that implicates the agency in election tampering. Meanwhile, salacious information about Donald Trump is getting quashed by his pals in the tabloid media. The Wall Street Journal is reporting that:

“The company that owns the National Enquirer (AMI), a backer of Donald Trump, agreed to pay $150,000 to a former Playboy centerfold model for her story of an affair a decade ago with the Republican presidential nominee, but then didn’t publish it, according to documents reviewed by The Wall Street Journal and people familiar with the matter.” 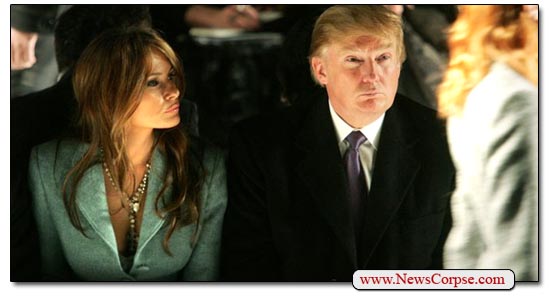 Karen McDougal, the 1998 Playmate of the Year, has told friends she was romantically involved with Trump in 2006. He was married to his current wife Melania at the time. The Journal’s sources said that McDougal expected her story to be published, but that AMI never intended to run it. From the beginning it was a means of killing a story that was potentially damaging to Trump’s presidential aspirations.

Imagine that. A sensationalistic supermarket tabloid declining to publish a sex-drenched scandal about a prominent public figure. It has all the elements of the model story for the Enquirer. But even after the Access Hollywood tapes were released and a dozen other women accused Trump of sexual harassment and/or assault, the Enquirer kept the lid on their blockbuster scoop. Why would they do that?

Maybe because David Pecker, publisher of the Enquirer, is a long-time personal friend of Trump and supports his candidacy. He has used his paper to advance Trump’s campaign and attack his opponents. For instance, the Enquirer published a story alleging that Ted Cruz’s father was an accomplice to the assassination of President John F. Kennedy. Another article purported to expose “Hillary Clinton’s Secret Health Crisis.”

On the other hand, the Enquirer published a series of glowing homages to Trump. These tributes were about, and written by, The Donald with the audacious title “The Man Behind the Legend.” And Trump returned the drooling adoration by publicly wondering why the skeevy tabloid never got a Pulitzer Prize.

The Enquirer denies that they deliberately bought McDougal’s story to kill it. They claim they were paying for her to write fitness columns and to appear on magazine covers. However, the paper never published a single column or photo of her during the two year term of the agreement. There was also an ambiguously worded provision granting AMI the exclusive rights to “any romantic, personal and/or physical relationship McDougal has ever had with any then-married man.” That certainly would have covered Donald Trump without the nastiness of saying so outright.

These are among the benefits of having a media entity in your pocket. You can get them to zealously praise you and to bitterly malign your foes. And you can also have them snatch up lingering problems from your sordid past and prevent them from ever seeing the light of day.

Donald Trump is fond of attacking the media in the most vile manner. He has literally made it dangerous to cover his campaign rallies. Many news organizations have had their press credentials revoked when they did something that displeased him. And prominent journalism organizations have condemned his overt threats to freedom of the press. But in his world the National Enquirer is a Pulitzer-worthy publisher that will come to his rescue when needed.