The Republican Party has spent six years trying to destroy the Affordable Care Act (aka ObamaCare). Now, with Donald Trump in the White House, they have their best opportunity achieve their goal. Never mind that more than thirty million people will lose their health insurance. And despite their promises, the GOP has never proposed a viable alternative. 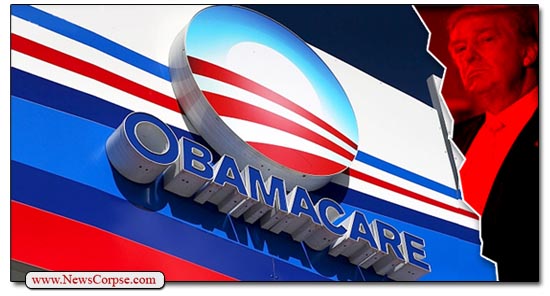 This week the Trump administration took another step aimed at crippling the popular program. With five more days left to submit applications for coverage in 2017, the White House halted all advertising and promotions to encourage last minute enrollments. According to a report in Politico:

“The Trump administration has pulled the plug on all Obamacare outreach and advertising in the crucial final days of the 2017 enrollment season, according to sources at Health and Human Services and on Capitol Hill. Even ads that had already been placed and paid for have been pulled, the sources told POLITICO.”

Politico notes that this decision came directly from the White House. And at this time there is no HHS leadership to consult for analysis and advice. But it’s well known that the last week of enrollment typically attracts a high number of consumers who spent the winter procrastinating. When they are reminded of the deadline, they rush to sign up before it passes. Many of these late enrollees are younger and healthier, a group that is important to keep premiums down and maintain fiscal sustainability. Therein lies the motives of the GOP. They are deliberately sabotaging ObamaCare to satisfy their political ambitions.

Healthcare advocates (and the Trump team) know that advertising in advance of the deadline is an effective way to reach people who actually want to sign up. So canceling ads that are known to work is part of a cynical plot to harm the program. Not to mention the millions of Americans who rely on it. In addition, they have stopped sending out emails to people who began applications but haven’t completed them. That is a measure that always produces positive results, yet costs next to nothing.

Speaking of costs, that is the excuse the administration is floating for canceling any future ads and promotions. However, as noted above, the email program is virtually free and many of the ads are already paid for. How can they argue fiscal conservatism if they are willing to let paid ads go un-aired?

Even if Trump and the GOP is determined to “repeal and replace” ObamaCare, that isn’t going to happen overnight. Consequently, undermining efforts to sign people up now will result in them being uncovered. There is no reason to place tens of thousands of people at risk while an alternative is allegedly being developed. This just proves that the Trump administration is willing to play politics with people’s lives.

For those who have not yet signed up for 2017, you still have until January 31, to do so. Just logon to Healthcare.gov if you live in a state that does not operate its own exchange. And below is a list of the state-run exchanges. Please pass this article on to anyone you know who is interested in having health insurance this year. And share it on social media and other places interested people might see it. We are going to have to do this ourselves, since our government under Trump is working against us.

3 thoughts on “ALERT: There Are Still 5 Days To Sign Up For ObamaCare – Despite Trump’s Attempt At Sabotage”