With a flurry of executive orders this week, Donald Trump implemented some of the unsavory promises he made during his campaign. They include a revival of the KeystoneXL and DAPL oil pipelines, a gag order on women’s health services, laying the groundwork for repealing ObamaCare, and affirming his intention to spend billions on a pointless wall along the Mexican border. 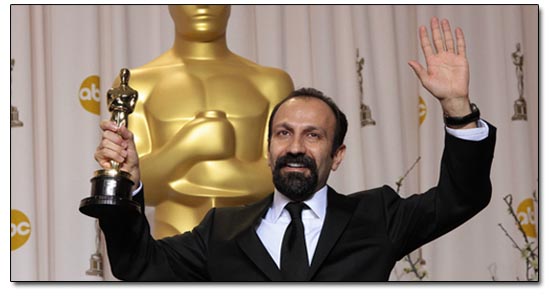 However, perhaps the most abhorrent of his actions is an order that reeks of bigotry directed at victims of terror. He is prohibiting refugees from seven Muslim-majority countries from immigrating to safety in the United States. Never mind that there has never been a terrorist attack in the U. S. by any refugee from these countries. Or that he inexplicably exempted countries with which he has a business relationship. For example Saudi Arabia, where most of the 9/11 terrorists came from.

Among the casualties of Trump’s callousness is Asghar Farhadi, an Iranian filmmaker. Farhadi is the director of “Salesman,” an Academy Award nominee for Best Foreign Language film. Unfortunately, he won’t be at the awards gala due solely to his national origin.

So who really cares about whether the “Hollywood elites” get to honor a movie director for his work? Aren’t there thousands of more seriously at risk people who are also being denied entry to the U.S.?

Of course there are. The point of this is to illustrate the foolishness of Trump’s blanket ban. It punishes people based on their religion, regardless of their need. Farhadi doesn’t deserve to be barred from an honor that he earned. But Trump’s anti-Muslim prejudice lumps Farhadi in with all of the evildoers he imagines are seeking refugee status. What’s more, Farhadi’s absence will likely hurt the marketing of the film. Consequently, Americans will miss the opportunity to witness the reality of this Iranian artist’s perspective. That should delight bigoted conservatives who prefer to propagate negative stereotypes.

If people like Farhadi are barred from entry into into the U.S., think about the fate of those who are persecuted. There are Iraqis who are helping American forces to defeat ISIS who will be turned away. Some of them will likely end up dead for their trouble. And thousands of families and children whose lives are at risk will be forced to endure further hardship and death. That’s a cruel fate to impose on National Holocaust Remembrance Day.

The impact of Trump’s policy is certain to result in more personal tragedy. But it is also likely to advance the cause of international terrorists. It will affirm their argument that the U.S. harbors a hatred for Muslims. That view is validated by the language in Trump’s executive order that prioritizes aid for Christian refugees.

Apparently Trump is unaware that Muslims are the most frequent victims of terrorism by ISIS and other radical groups. Then again, he is unaware of many of the critical issues that face the nation. And his ignorance will make America, and the world, more dangerous. Specifically, his policies can only incite an increase in terrorist activity, and particularly actions aimed at Christians. So, in the end, his racist outlook could become more accurate. Nice work, Donald.