Bill O’Reilly’s Super Bowl interview of Donald Trump will be broadcast in part on Sunday. The remaining segments will be aired on consecutive episodes of the The O’Reilly Factor next week. Saturday night an excerpt was released that featured Trump defending Vladimir Putin and his habit of murdering his political opponents. Even worse, he claimed without evidence that the same thing is done in the United States. 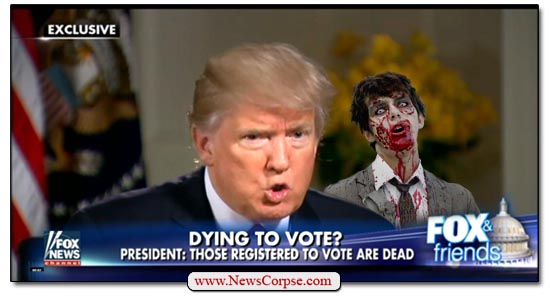 Sunday morning another excerpt was released with another outrageous and unsupported assertion by our Liar-In-Chief. And this time O’Reilly didn’t sit still for the blatant dishonesty (video below). Witness this startling exchange:

TRUMP: Well, many people have come out and said I’m right. You know that.

O’REILLY: Yeah, but you’ve gotta have data to back that up.

Trump initially tried to rationalize his spreading of known falsehoods by clinging to phantom people who agree with him. Outside of his glassy-eyed disciples and inner circle sycophants, there are no credible sources that corroborate his fantasies. This is no different than his years-long obsession with President Obama’s birth certificate. And it is no less dishonest.

Surprisingly, O’Reilly followed up by insisting that more was required than a mere consensus of crackpots. He needed actual data. Of course, Trump couldn’t supply any of that. So he rambled aimlessly about “illegals” and zombie voters that he still could not document. And he sought to demean anyone who challenged his nonsense as “babies.” An ironic insult considering how relentlessly he whines.

For the record, Trump’s repeated voter fraud allegations have no basis in reality. They are “alternative facts” that reside only in his dementia. Experts have thoroughly debunked the claim. Yet that hasn’t stopped him from doggedly espousing it.