Speculation about the mental health of Donald Trump is becoming a trending topic. Of course, many people have noticed his malignant narcissism and stifling paranoia for years. His fierce obsession with ego-driven trivialities seems to supersede the obligations of the job. 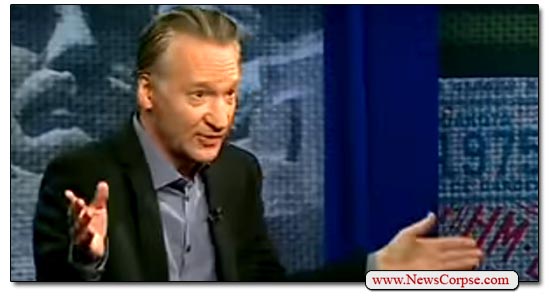 The situation is so serious that bills are being drafted by both parties to provide for routine presidential psychiatric exams. It’s not a bad idea for any president, considering the pressures of the presidency. But with the election of Donald Trump it’s been elevated to a critical necessity.

Thursday night CNN aired a program with Van Jones interviewing Bill Maher (video below). The subject of Trump’s mental stability came up when an audience member asked this question:

“The President’s been in office barely three weeks. Why can’t you guys in the media and Hollywood give him some slack?”

First of all, on the day that President Obama was sworn into office in 2009, the Republican leader in the Senate declared that his top priority was to make him “a one-term president.” Shortly thereafter, Rush Limbaugh announced that he wanted Obama to fail. The hypocrisy of Trump supporters now begging for mercy while Trump is pissing on the Constitution, and stuffing his cabinet with racists and billionaires, is ludicrous.

But let’s get back to Maher’s response. He was justifiable surprised by the questioner’s naivete. He mocked the notion that Trump deserved any slack precisely because of “the things he’s said and done.” Then he explained in detail why Trump’s pretense of being for the “little man” is just “a giant con.”

“What does he do? He gets into office, the coal companies can dump sludge in the river. Because, you know, that’s what the ‘little man’ is aching for. Undoing Dodd-Frank. Because so many of the town halls in Appalachia, people were standing up and saying, ‘Mr. Trump, please get rid of the Volcker Rule. Because if I can’t make certain speculative investments, it’s killing us here!'”

And that’s just for starters. Our billionaire president doesn’t appear to have the slightest comprehension of life for average Americans. His promise to repeal ObamaCare will cause twenty million people to lose their health insurance. The Trump tax plan is weighted heavily in favor of his wealthy pals. Plus, estimates say that it will balloon the deficit by up to ten trillion dollars. He has already reversed a regulation that protected citizens from corrupt financial advisers. His education secretary is opposed to public schools. And he appointed an Environmental Protection Agency director who aspires to eliminate the department.

For these, and many other reasons, Maher made the astute observation that:

“It’s beyond politics, it’s about sanity. It’s about somebody who makes stuff up, who doesn’t read. His information is either anecdotal, or pulled out of his … behind.” […] “Of course we’re worried when the President sees multitudes that don’t exist. As in the illegal voting – three million. That should bother you.”

Indeed, it should bother every American. The President proudly lacks the knowledge required to perform his job. And what he lacks in experience, he makes worse by his determination to invent “alternative facts” that affirm his ignorance. His lying, temperamental outbursts, and vanity make him an existential threat to the welfare of the nation. A recent poll shows that, only three weeks into his term, the nation is split on whether to impeach him. The same poll notes that:

“The Presidency has been so diminished over the last 3 weeks that voters even say Saturday Night Live has more credibility than Trump, 48/43.”

So let’s set aside these preposterous pleadings for Trump to be given a chance. He’s had his chance and blown it on an epic scale. From here on out he must be judged on his actual performance. No wonder he and his staff are so worried.

4 thoughts on “Bill Maher Exposes Trump As A Giant Con: ‘It’s Beyond Politics, It’s About Sanity”