After having told more than 1,600 lies since Inauguration Day, it isn’t really news anymore when Donald Trump wildly diverges from the truth. He has proven himself to be a pathological liar who fabricates stories even when there is no clear advantage in doing so. 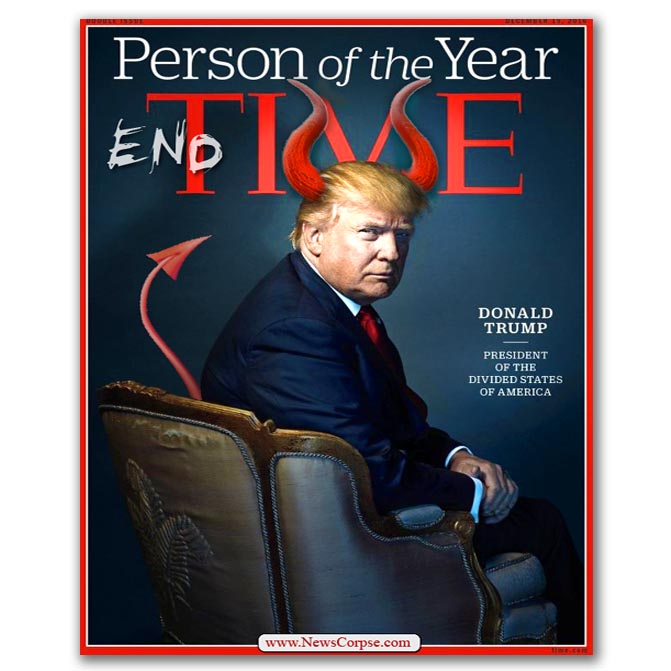 That aberrant behavior explains his latest tweet wherein he whines pitifully about not being named Time Magazine’s “Person of the Year.” He obviously regards it as a personal affront even though the designation is not intended to be an award of praise. Just ask prior recipient Adolf Hitler. Nevertheless, Trump’s ego is mortally wounded as revealed in this hastily scribbled tweet:

Time Magazine called to say that I was PROBABLY going to be named “Man (Person) of the Year,” like last year, but I would have to agree to an interview and a major photo shoot. I said probably is no good and took a pass. Thanks anyway!

The first thing to note about this display of conceit and ignorance is that Trump is brazenly lying. There was no call to inform him of his status as Person of the Year. Time Magazine doesn’t do that. Nor do they require photo shoots or interviews. Time tweeted a response to Trump’s pretend phone call that said:

The President is incorrect about how we choose Person of the Year. TIME does not comment on our choice until publication, which is December 6.

Trump has a confused history with Time’s Person of the Year designations. In 2015 he dismissed it saying:

One year after insisting that he would never be picked, he was picked. And he considered it “a great honor.” Which, of course, it was never meant to be:

Thank you to Time Magazine and Financial Times for naming me "Person of the Year" – a great honor!

But a few years before that he completely repudiated it saying:

The poor thing just can’t make up his mind. He is alternately contemptuous and fawning. Apparently he regards Time Magazine as an irrelevant but honorable rag that he appreciates despite it having no credibility. And he hates it so much that he made up fake covers of himself to hang prominently in his resorts.

With his latest outburst he jettisons all of his previous opinions to simply lie about a fake phone call and an imaginary slight. It’s behavior like this that makes you wonder if there isn’t someone who cares for him that will get him the help he so obviously needs.