Fox News was built from the bottom up to be a right wing propaganda machine. And for twenty years the network has faithfully pursued that mission. For their effort they have attracted an audience of glassy-eyed disciples who believe everything that Fox News tells them and none of what any other media source reports. And with the advent of Donald Trump, other media sources have all been tagged as “fake news.” 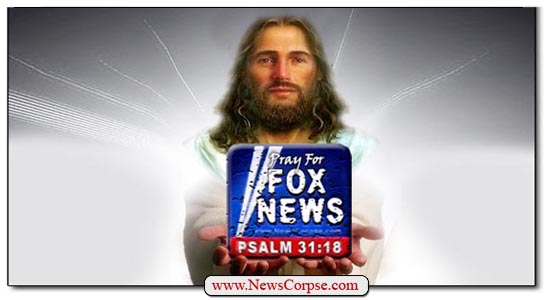 A new study by the Gallup/Knight Foundation is confirming the spiritual bond between Fox News and its viewers. the Gallup/Knight’s “Survey on Trust, Media and Democracy” asked Americans a variety of questions about their viewing habits and opinions about the media. The results reveal that strikingly narrow minded conservative news consumers are listening to only one voice in the media: Fox News. According to the study:

“More than eight in 10 U.S. adults believe the news media are critical or very important to our democracy. They see the most important roles played by the media as making sure Americans have the knowledge they need to be informed about public affairs and holding leaders accountable for their actions. At the same time, Americans are more likely to say the media perform these roles poorly than to say they are performing them well.” […]

“Less than half of Americans, 44%, say they can think of a news source that reports the news objectively. Republicans who can name an accurate source overwhelmingly mention Fox News, while Democrats’ responses are more varied.”

The survey asked what news sources respondents considered to be objective. Twenty-four percent said Fox News. That left forty-nine percent divided up between several other sources including CNN, NPR, MSNBC, the New York Times and others. What stood out though, was that sixty percent of Republicans chose Fox News. By comparison, only twenty-one percent of Democrats chose CNN. While Democrats’ preferences were dispersed among a variety of news sources, Republicans were clutching tightly to their ideological security blanket, Fox News.

Another significant finding was that Republicans have a peculiar definition of “fake news.” Rather than the conventional view that regards made up stories intended to deceive as fake, forty-two percent of Republicans (versus seventeen percent of Democrats) consider “accurate news stories that cast a politician or political group in a negative light to always be ‘fake news.'” Let that sink in. They actually said that accurate reporting is fake if they don’t like it. That also happens to be the way Trump looks at it. Anything that he thinks is critical of him, even if it’s true, is automatically dismissed as fake.

The groupthink on the part of Republicans and conservatives is driving the party into a Fox News flavored abyss. They have a single source of information that is notoriously biased and often chases conspiracy theories that lead to embarrassing collisions with reality. And it’s also Trump’s base. Which means that as Trump continues to set records as the most unpopular president ever, Fox News and their viewers will become more isolated and irrelevant. And the sooner that happens, the better.