The Big 4-0. That’s what Donald Trump has hit with his latest infomercial (aka interview) on Fox News. It’s his fortieth since becoming president. As usual it was a slobbering love-fest with Fox host Harris Faulkner hand-holding Trump through a series of softball questions. And when he wasn’t filibustering with barely comprehensible blather, he was interrupting with almost relevant filler (video below). 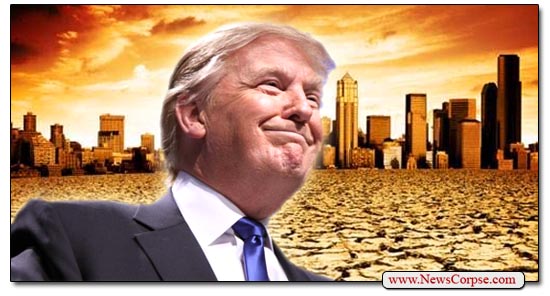 The Oval Office affair covered a few pertinent subjects with the thinnest veil of substance. Harris asked about Trump’s former lawyer, Michael Cohen and his National Security Advisor, Michael Flynn, but she never pressed him to answer for their criminal activities or how they implicated him. Nor did she challenge any of his meandering obviously deflecting replies.

However, she did bake up some sweet questions that displayed her sincere devotion to her guest. Faulkner never once challenged any of Trump’s dishonest answers. She prefaced a question about the disclosures in Michael Cohen’s sentencing by quoting a former anti-Clinton special counsel saying that “he couldn’t see grounds for impeachment over that.” Then she described Cohen as “someone who has surreptitiously recorded you and is now known as a criminal liar.”

It seems every question was waterdown with platitudes before Trump even had to answer. When referencing a new Fox poll showing that Trump is still underwater at 46-52 percent, she spun it as being “just a couple tics off your highest point.” Which means, of course, that he has never risen above fifty percent. But she wouldn’t say that. Although she did let him get away with bragging about how well he did with women in 2016 (he lost women).

When he lied about how well he’s doing with China and trade, Faulkner chimed in that “that takes the pressure off the economy a little bit.” She did note that all of the gains for 2018 in the market are gone, but then added with a big smile that the market is still up since his inauguration (due to the record bull market that began in 2009 under President Obama). While discussing the economy and jobs, Faulkner got nearly teary-eyed about her impression of Trump going after companies that have had to impose layoffs, saying “I love this, cause I hadn’t planned to ask this, but your you’re calling out companies and what not. And the nation got to see you.” After his incoherent non-response she praised him saying that “This is your wheelhouse. Everybody knows this. I mean, to see the energy and the electricity as you talk about these issues.” Does anyone else need a towel?

As Faulkner wrapped things up she couldn’t help but show more unconditional love by asking him “What do you love about being President?” Trump’s reply was a vague “I love getting things done for the people,” but that it’s “a nasty job because I get hit so hard.” And Faulkner closes by sucking back the drool and telling Trump that “You have such energy for this.”

But perhaps the most disturbing part of this extended fluffing session was Trump’s insistence that he’s been a fantastic steward of the environment. His justification for that delusional self-appraisal was this disjointed nonsense:

It’s somehow appropriate that Trump would come so close to the question that Adolf Hitler reportedly asked about Paris after ordering his troops to destroy the city rather than let it be re-captured by the Allies: Is Paris Burning? Well, no. It wasn’t then and it isn’t now. While there is some civil unrest, the city is not a charred wasteland. And the protests have nothing to do with climate change, despite Trump’s deranged attempt to conflate them. Also, the trillions of dollars he said would have been spent are a figment of his diseased imagination.

Sadly, this is the sort of warped dialogue that America is forced to engage in with a president who is too demented to grasp any subject that might come across his desk – or reality. And it doesn’t help when an alleged “news” network acts like the propaganda arm of a White House determined to mislead the public and work against the interests of the nation.