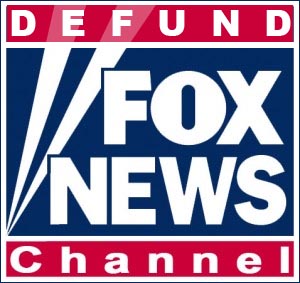 A few weeks ago video pimp and propagandist, James O’Keefe, released a heavily edited and deliberately deceptive video that purported to expose an institutional bias at National Public Radio. It was quickly debunked and denounced as a fraud by analysts across the political spectrum, including those at Glenn Beck’s web site, The Blaze.

Nevertheless, partisans in Congress and agenda-driven conservatives in the press continue to behave as if the video were legitimate. The House of Representatives, on a party-line vote, passed a resolution to defund NPR – a purely symbolic gesture as the Senate is not likely to concur.

The latest attack comes from former NPR correspondent, and confessed bigot, Juan Williams, in an op-ed for The Hill. After first conceding that “NPR is an important platform for journalism,” Williams joins his conservative comrades in calling for federal defunding of NPR. But he also reveals his self-serving and vengeful motivation by slandering NPR in saying that…

“They’re willing to do anything in service of any liberal with money. This includes firing me and skewing the editorial content of their programming.”

Nowhere in the article did Williams support his contention that “liberal money” was behind either his termination or any of its reporting. This is nothing more than a personal vendetta on Williams’ part. He is merely using the funding debate to strike his own blows against a former employer for whom he obviously bears a deep resentment.

However, if the right wants to introduce the issue of federal funding of the media into the public debate, they should be prepared to see their own Fox gored. Fox News has been the beneficiary of government largess for years and it is time to stop it and make Fox pay its own way. As far back as 1999, there have been reports documenting how News Corp, Fox’s parent company, exploited loopholes in tax laws that permitted them to avoid levies that all other citizens have to pay. From The Economist:

“…News Corporation and its subsidiaries paid only A$325m ($238m) in corporate taxes worldwide. In the same period, its consolidated pre-tax profits were A$5.4 billion. So News Corporation has paid an effective tax rate of only around 6%. By comparison, Disney, one of the world’s other media empires, paid 31%. Basic corporate-tax rates in Australia, America and Britain, the three main countries in which News Corporation operates, are 36%, 35% and 30% respectively.”

The article goes on to describe how News Corp used a complex network of accounting dodges including as many as 60 shell companies that were incorporated in such tax havens as the Cayman Islands, Bermuda, the Netherlands Antilles and the British Virgin Islands. More recently, an investigation by the New York Times revealed that…

“By taking advantage of a provision in the law that allows expanding companies like Mr. Murdoch’s to defer taxes to future years, the News Corporation paid no federal taxes in two of the last four years, and in the other two it paid only a fraction of what it otherwise would have owed. During that time, Securities and Exchange Commission records show, the News Corporation’s domestic pretax profits topped $9.4 billion.”

When giant, prosperous, multinational corporations weasel out of their tax obligations, ordinary citizens are the ones who are forced to make up the shortfall. That is effectively a tax subsidy for the corporations funded by you and me and all of the indignant Tea Partiers who claim to oppose special interest favors for the elite.

What’s more, federal bailouts to corporations like General Motors and Citigroup provided them with billions of taxpayer dollars, some of which are eventually spent on advertising that appears on Fox News, in the Wall Street Journal, and other Murdoch assets. Additionally, financial institutions that receive bailout funds use some that money to acquire shares of News Corp and to finance and insure News Corp activities including billion dollar motion picture projects like Avatar and capitalizing mergers and expansions.

USUncut is mounting a campaign to expose this sort of corporate welfare. They should add News Corp/Fox News to their list. But why aren’t there more voices objecting to these handouts? Why aren’t Democrats in Congress drafting legislation to prohibit bailout and stimulus funds from being used to enrich partisan political operations like Fox News by funneling cash into their accounts disguised as advertising expenditures. Every time you see a commercial on the Fox News Channel for a Chevy Tahoe or a Citibank Visa you are watching your tax dollars flow into the pockets of Rupert Murdoch and his wealthy associates.

The right wants to defund NPR despite the fact that they have utterly failed to demonstrate any journalistic bias on the part of NPR. On the other hand, Fox News has been documented to be brazenly one-sided over and over again, yet they receive hundreds of millions of dollars in taxpayer financed subsidies. Well, no more.

Stand Up! Fight Back! It is time to end the federal funding of Fox News NOW!

[Update 3/28/11:] And finally there is some media attention on the fact that there are many U.S. corporations brazenly shortchanging the country. MSNBC via Daily Beast.