One of the most predictable symptoms of Donald Trump’s prominent psychoses has revealed itself again. When responding to former associates who have the audacity to tell the truth about him, Trump invariably lashes out with a fury generally reserved for sworn enemies and villains. The latest victim of this turncoat tantrum throwing exercise is Trump’s cast-off National Security Advisor, John Bolton. 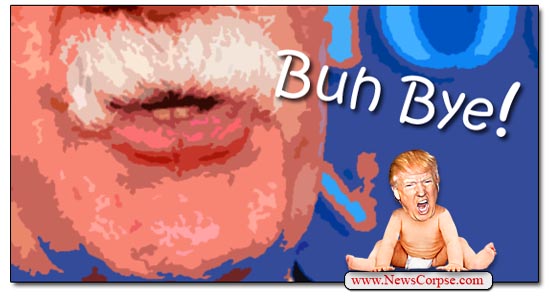 When Bolton joined Team Trump as the fourth NSC chief in only two years, he was hailed as a brilliant, devoted diplomat and conservative ally by Trump. And no one was happier than than Fox News and the right-wing media machine that propped up the Trump regime. Bolton was a hero of Republicans for decades, and his role as a Fox News contributor bolstered his reputation and brought him to the attention of Trump. Just two months ago Trump was praising Bolton as a “patriot” who would support his version of events regarding Ukraine:

…lawyer has already stated that I did nothing wrong. John Bolton is a patriot and may know that I held back the money from Ukraine because it is considered a corrupt country, & I wanted to know why nearby European countries weren’t putting up money also. Likewise, I would….

Well, that’s kind of true. Bolton does have knowledge of Trump withholding funds from Ukraine. Except that the reason was to coerce them into helping Trump smear Joe Biden. That’s something that Trump himself confessed on national TV. It’s also notable that Trump was saying then that he “would actually like people to testify.” Either that was a blatant lie, or he has since discovered that such testimony is only going to further incriminate him. Or more likely, a little of both.

Now Trump is exhibiting considerably greater fear for the consequences he faces. On Wednesday morning he unloaded on his once admired White House staffer in a manner that could not have been more vicious and spiteful:

….many more mistakes of judgement, gets fired because frankly, if I listened to him, we would be in World War Six by now, and goes out and IMMEDIATELY writes a nasty & untrue book. All Classified National Security. Who would do this?

The remarkable thing about this tweet is that Trump is making the case that he chose to hire an incompetent loser who no one else would consider for employment. Was it a sympathy hire? Was Trump moved by Bolton’s alleged “begging” (which seems out of character for Bolton)? Yet Trump took him in despite warnings from unnamed “many” others not to do so? Wouldn’t that have been irresponsible and reckless?

Trump goes on to criticize Bolton’s judgment, which he asserts would have led the nation into four more world wars in the year and a half that Bolton served. That’s a pretty ambitious schedule of war mongering. And finally, Trump accuses Bolton of producing a book (“The Room Where It Happened: A White House Memoir,”) that is “All Classified National Security.” Really? All of it?

On the last point, the White House has now delivered an official notice that Bolton’s book contains material that is not just classified, but “Top Secret.” In an obvious attempt to censor Bolton, they assert that “The manuscript may not be published or otherwise disclosed without the deletion of this classified information.” That’s a specious claim considering that it comes over a month after the White House got the manuscript for review, and only after news reports that it contained material that is politically damaging to Trump. What’s more, Bolton’s attorneys don’t even regard the prepublication review by the White House as necessary, which they stated in a letter to the White House a month ago:

“Ambassador Bolton has carefully sought to avoid any discussion in the manuscript of sensitive compartmented information (“SCI”) other classified information, and we accordingly do not believe that prepublication review is required. We are nonetheless submitting this manuscript out of an abundance of caution.”

Trump’s hostility toward Bolton is typical of his thuggish behavior toward anyone he deems less than totally worshipful. Trump’s narcissism demands complete loyalty, and any wavering is grounds for the unleashing of a barrage of animus and defamation. But this behavior only reinforces the urgency to remove the already disgraced and impeached Trump from office. He is demonstrating that he will continue to abuse the power of the presidency to harm critics and truth-tellers, and to save his own unscrupulous neck.

3 thoughts on “Turncoat Trump: ‘John Bolton is a Patriot’ … Who I Fired, Barely Knew, and Never Liked Anyway”