The second impeachment of Donald Trump was in progress for hours when the desperate and despondent President sent an urgent message to his most fervently loyal supporter, Fox News. 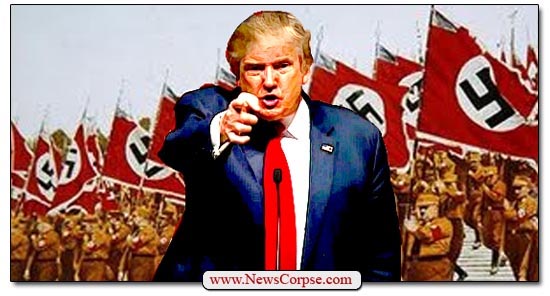 The message that Trump sent was short and blatantly self-serving. It read…

“In light of reports of more demonstrations, I urge that there must be NO violence. NO lawbreaking, and NO vandalism of any kind. That is not what I stand for, and it is not what America stands for. I call on ALL Americans to help ease tensions and calm tempers. Thank you.”

The first thing to make note of here is that Trump did not go on television himself to deliver this message. He apparently doesn’t think that keeping the peace during the nation’s quadrennial transfer of power isn’t important enough to warrant his personal attention. Instead, he sends his message – not to the whole of the press where more people will hear it – but to Fox News alone.

More importantly, Trump’s message was carefully worded to avoid accepting any responsibility on his part or the part of the hostile insurrectionists that he incited. Which shouldn’t surprise anyone considering that he and his confederates have actually been threatening more violence if he is held to account. His disingenuous request to refrain from violence isn’t even directed at the perpetrators of violence. Notice that he aims his remarks at “ALL Americans,” as if all Americans just assaulted Congress last week in an insurrection that resulted in at least five deaths.

By not identifying those responsible for the atrocities in Washington, Trump is, in effect, letting them off the hook. Either that, or he’s accusing all Americans of these heinous acts. But he knows full well who is responsible. He knows who is organizing the upcoming demonstrations he referred to. And he knows that they have a propensity for violence.

Last week Trump and others on the right claimed that the congressional attackers weren’t Trump supporters at all. He pointed his short, knobby fingers at Antifa, an organization that doesn’t actually exist. However, as satirist Andy Borowitz pointed out, “If, in fact, Trump thinks that the rioters were Antifa, it was really nice of him to do that video where he said that he loved them.”

Finally, Trump’s assertion that violence is “not what I stand for,” is a flagrant lie. Violence has been a core part of his “movement” from the start. He has praised those who assaulted his critics. He fantasized about assaulting them himself. And with regard to the attack on Congress, he told his cult disciples that “If you don’t fight like hell, you’re not going to have a country anymore.” He said that at a rally just prior to sending them off to invade the Capitol. He also said that he would be going with them. That was also a lie. He actually returned to the safety of his bunker at the White House. And this is the “macho man” that his cult idolizes?