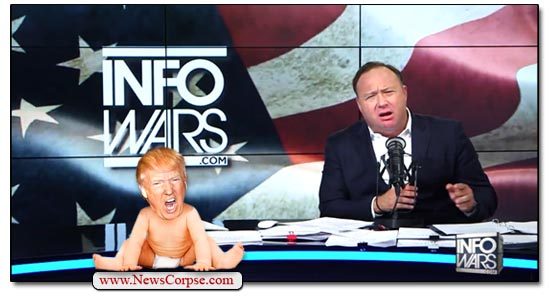 The Committee’s announcement of the latest batch of subpoenas noted that their purpose is to seek “information about the rallies and subsequent march to the Capitol that escalated into a violent mob attacking the Capitol and threatening our democracy.” And to that end they spelled out the specific reasons for selecting these individuals to appear.

The subpoena for Alex Jones was especially revealing. It provided a detailed account of his complicity with Trump in his attempted coup. For instance, the subpoena affirmed that Jones stated that…

“…the White House told you on or about January 3, 2021, that after the Ellipse rally ended on January 6th, you were to lead a march to the Capitol, where President Trump would meet the group […] and to gather on the east side of the Capitol to hear President Trump speak.”

This is not a speculative assertion by the Committee. There is video evidence of Jones stating that his actions were being directed by the Trump administration. Jones said that…

“The White House told me three days before, we’re gonna have you lead the march. The Secret Service, before Trump finishes thirty minutes before, will lead you to point, take you out of the front row, and lead you to the place where they want you to start the march. And Trump will tell people ‘Go, and I’m gonna meet you at the Capitol.'”

Of course, the Coward of the Mar-a-Lagoon never showed up at the Capitol as Jones – and Trump himself – had promised. He left his StormTrumpers in the lurch, and hundreds of them are now facing criminal charges for following his orders. The Jones subpoena also stated that…

“…you and others on Infowars repeatedly promoted President Trump’s allegations of election fraud and urged people to come to Washington, D.C., for the January 6 Ellipse rally, and made statements implying that you had knowledge about the plans of President Trump with respect to the rally.”

So according to Jones, Trump was fully involved in the planning of the rally and the violent events that took place afterward. While Jones has been known to lie almost as much as Trump, it is unlikely that he would fabricate a falsehood that implicated his hero in criminal activities. If Jones is ever to be believed, it is about these matters, wherein he asserted that…

“…finally Trump has done the right thing…He is now calling on We the People to take action and show our numbers…This is the most important call to action on domestic soil since Paul Revere and his ride in 1776. The time for games is over. The time for action is now. […] If you allow this multinational consortium to steal this election, you have committed not just us, but yourselves to a living hell.”

It is significant that Jones cited Paul Revere’s ride in his “call to action.” Revere was tasked with alerting the colonists that the time for violent revolution had arrived. Which is exactly what Jones and Trump were trying to do. Jones explicitly said that “[Trump] is calling on Americans to march on D.C. to save our country from a foreign takeover.” That doesn’t sound like a pitch for a peaceful protest, does it?

Trump’s response to the new batch of subpoenas was typically deranged and drenched with hyperbole. In a tweet (posted by his Twitter ban defying spokes-shill), Trump ranted that…

“The Democrats are feasting on January 6th, with no Republicans on the Unselect Committee (Cheney and Kinzinger are not Republicans!) but they are refusing to even discuss the root cause of that protest, which was the insurrection that took place during the November 3rd Presidential Election. We had a Rigged and Stolen Election in our Country, the proof is voluminous and everywhere, but the Democrats refuse to even mention or discuss it. It’s called Cancel Culture, and until that is done, this Country will never heal!”

This is reflective of the dementia-addled Trump stuck in broken record mode. And it is well stocked with steaming bullshittery. First of all, Trump doesn’t get to decide who is Republican. Second, the “root cause of the protest” was the “Big Lie” that he and Fox News and other defilers of democracy have been spewing for months. Third, his tedious claim that a valid election affirmed by all fifty states, and more than sixty court cases, was the real insurrection is both ludicrous and dangerous. And finally, Trump’s claim that “the proof [of election fraud] is voluminous and everywhere,” would make more sense if after a year he could actually provide some.

RELATED: In Delusional Podcast Rant, Trump Still Thinks He’s Going To Be Returned To His Throne

The House January 6th Committee has a great burden to hold the perpetrators of the insurrection accountable. It is an unprecedented task for the Congress, and is hampered by the fact that Republican members remain devoted to the Cult of Trump. But the Committee is benefitting from the big mouths of the conspirators like Jones and Stone. And, of course, the biggest mouth of all, Donald Trump. Their ignorant and arrogant public confessions may provide the best opportunity for justice to be served.

4 thoughts on “WATCH: Alex Jones Says His Orders for the January 6th Insurrection Came from Trump”