Last month the FBI conducted a search of Donald Trump’s Mar-a-Lago bunker and found thousands of documents that he unlawfully took from the White House. Hundreds of them were highly sensitive and Top Secret national security documents. To date Trump has not explained why he took them, what he did with them, or why he lied about having them. 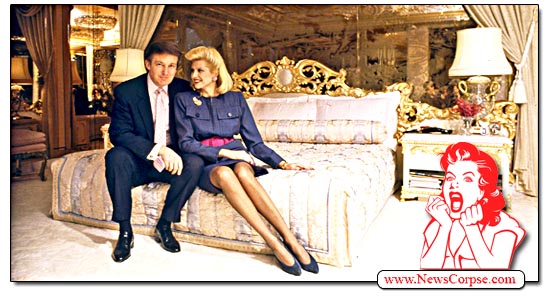 However, Trump has been tirelessly whining about his rights having been violated by FBI agents that he maligns as thugs and a Justice Department that he baselessly accuses of corruption. And on a near daily basis Trump floats some new defense for his criminal behavior. Each new attempt achieves new heights of absurdity.

On Sunday Trump announced in a post on his floundering Twitter ripoff, Truth Social, that he would be returning to Mar-A-Lago – aka, the scene of the crime – for the first time since the FBI’s visit. His typically rambling, incoherent comment was a goulash of lies and desperation. He wrote that…

“I’ll soon be heading to the scene of the unwarranted, unjust, and illegal Raid and Break-In of my home in Florida, Mar-a-Lago. I’ll be able to see for myself the results of the unnecessary ransacking of rooms and other areas of the house. It has already been proven that so much has been wrongfully taken, it is not a “pretty thing.” So sad! The 4th Amendment, and much more, has been totally violated, a grave invasion of privacy. I will keep the American public informed on TRUTH!”

For the record, here is an accounting of what was true and false in that post…

FALSE:
That the search was…

Other than that, Trump’s comments was still a psychotic mess unleashed by a paranoid basket case. But he wasn’t nearly finished. On Monday morning he posted another comment describing what he encountered at his Palm Beach hotel/home. He wrote that…

“Arrived in Florida last night and had a long and detailed chance to check out the scene of yet another government ‘crime,’ the FBI’s Raid and Break-In of my home, Mar-a-Lago. I guess they don’t think there is a Fourth Amendment anymore, and to them, there isn’t. In any event, after what they have done, the place will never be the same. It was ‘ransacked,’ and in far different condition than the way I left it. Many Agents – And they didn’t even take off their shoes in my bedroom. Nice!!!”

So Trump is alleging that no one cleaned up after the FBI completed their search more than a month ago. And that the feds did damage so severe that the “the place will never be the same.” And worst of all, the FBI heathens “didn’t even take off their shoes in my bedroom.” How utterly uncivilized!

Everyone knows that decent law enforcement officers will remove their shoes before entering the bedroom of a suspected criminal. And this offense is especially heinous when considering that the victim, Trump, is so well known for his high standards for etiquette and decorum. Just take a look at the photograph above for proof that Trump would never breach bedroom shoe protocol.