The lines dividing Fox News from the ultra-rightist Republican Party and the abominable Cult of Donald Trump were erased long ago. There is no discernible distinction whatsoever between Trump’s GOP and Rupert Murdoch’s propaganda network. They work hand in hand to undermine democracy and advance the authoritarian aspirations and agenda of their Dear Leader Trump. 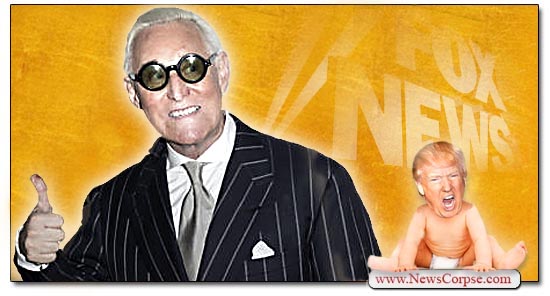 The latest revelation affirming this nefarious coupling of wingnut media and wretched politicians comes in a passage from the new book by New York Times reporter, Maggie Haberman, “Confidence Man: The Making of Donald Trump and the Breaking of America.” The book exposes numerous depravities from the Trump presidency, including that Trump “resisted denouncing White supremacists,” “made light of Justice Ruth Bader Ginsburg’s declining health, “ and his Chief of Staff John Kelly describing Trump as a “fascist.”

RELATED: Crybaby Trump Dumps on His Favorite New York Times Reporter for Telling the Truth About Him

Haberman recounts Trump’s efforts to absolve his criminal co-conspirators of any responsibility for their crimes. Specifically, she reports that Tucker Carlson of Fox News personally lobbied the White House to pardon convicted felon Roger Stone. According to Rolling Stone…

“During Trump’s fourth year in office, Carlson also held a secret meeting at the White House with Jared Kushner as part of a pressure campaign aimed at forcing Trump to pardon Roger Stone, according to the upcoming book Confidence Man.”

“If Trump failed to deliver, Carlson made clear, he would press the issue publicly. Kushner was noncommittal, and a few days later Carlson launched what became a monthslong campaign on his friend’s behalf.”

So Carlson was going far beyond merely urging the Trump administration to pardon Stone. He was actually extorting them with the threat of using his program to attack them if they didn’t comply with his demand. That says something about the weakness of Trump’s White House, that it could be manipulated so easily, and that squeaky cable pundits weren’t afraid to push them around.

Not that Trump needed much pushing. He was already leaning toward pardoning his accomplice, Stone, who he thought was being treated too harshly by his own Justice Department. And that was after then-Attorney General Bill Barr had overruled and lessened the prosecutors’ penalty recommendation.

Stone had been found guilty of witness tampering and lying to Congress, crimes that carry prison terms of up to nine years. Barr got that reduced to 40 months. But Trump later pardoned Stone, along with his confederates Paul Manafort, Michael Flynn, and Steve Bannon.

RELATED: The REAL Criminal: Roger Stone Was Prosecuted for Covering Up for Trump

Tusker Carlson injecting himself into White House political and criminal matters is blatantly inappropriate. No reputable journalist would ever consider it. So it’s a good thing that Fox News doesn’t consider Carlson to be either reputable or a journalist. In fact, Fox News lawyers argued in court – successfully – that he couldn’t be found to be guilty of defamation because no reasonable person would believe anything he says. Sadly, there are way too many unreasonable persons who watch Fox News every day.